Bal Gangadhar Tilak, also known as "Lokmanya Tilak," was a prominent Indian independence activist and leader of the Indian National Congress during the late 19th and early 20th centuries. He is considered one of the "Fathers of the Indian Independence Movement," along with Mahatma Gandhi, B. R. Ambedkar, and Jawaharlal Nehru.

Tilak was born on July 23, 1856, in Ratnagiri, Maharashtra, India. He received his early education at home and later studied law at Deccan College in Pune. After completing his studies, he practiced law for a short time before becoming involved in the freedom movement.

Tilak was a strong advocate for national independence and self-rule. He believed that the British colonial government was oppressive and that the people of India had the right to determine their own destiny. He was also a fierce critic of the British policy of divide and rule, which he believed was used to keep the people of India divided and therefore easier to control.

Tilak was a vocal supporter of boycotting British goods and participated in several boycotts throughout his career. He also believed in the power of the press and used it to spread his message of independence and self-rule. He founded two newspapers, "The Kesari" and "Maratha," which became powerful tools for rallying the Indian people and spreading the message of independence.

Tilak was also a strong believer in civil disobedience and non-violent resistance. He believed that the people of India could achieve their goals through peaceful means and that violence was never a solution. He worked closely with Gandhi and other leaders to promote non-violent resistance and civil disobedience as a means of achieving independence.

Tilak was a controversial figure in his time and faced numerous challenges and setbacks. He was imprisoned on several occasions, including a term of six years in Mandalay, Burma (now Myanmar) for sedition. Despite these setbacks, he remained committed to the cause of independence and continued to work towards achieving it until his death in 1920.

Tilak's contributions to the Indian independence movement were significant and enduring. He inspired a generation of Indians to stand up for their rights and fight for independence. Today, he is remembered as a national hero and his legacy continues to inspire people around the world. 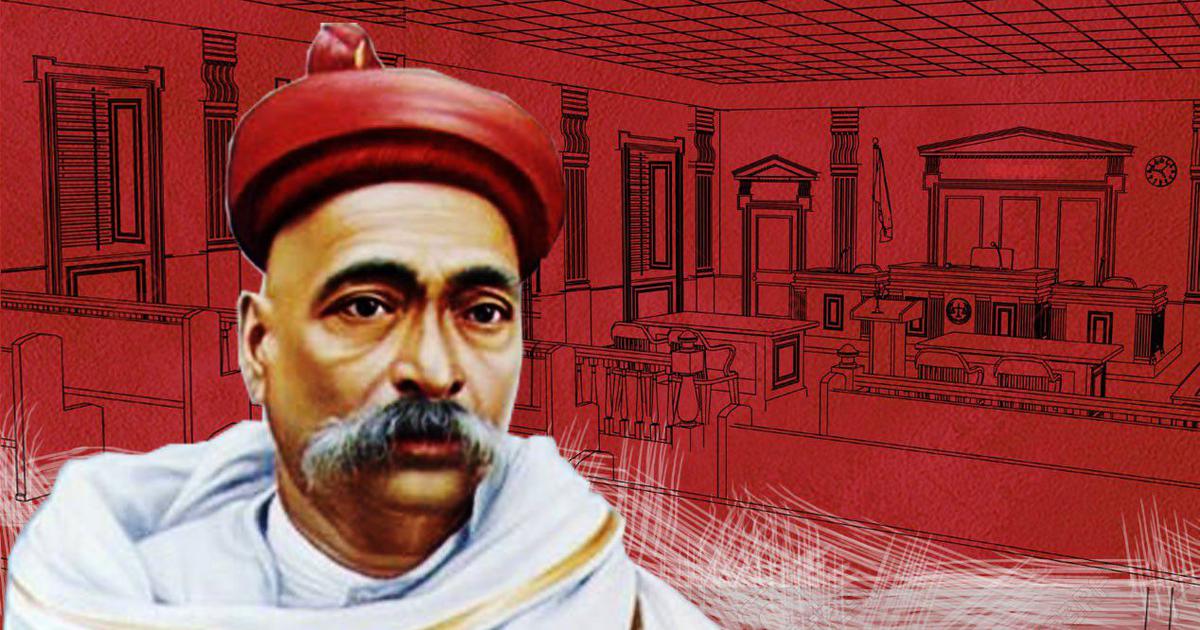 Tilak of Kumkum, which is red, is applied by Kshatriyas, and red tilak signifies bravery, and kshatriyas were involved in wars and were considered to be warrior Yellow or orange tilak is applied by Vaishyas, because, turmeric denotes wealth and abundance and Vaishyas were involved in businesses. The rituals of the Tilak ceremony is quite different for different states. Rudhra Sampradaya - Here, the tilak worn is a single vertical line. There are few other types of tilaks also, such as Raj tilak and Vir tilak, which are mostly drawn in the form of single vertical line made from red Kumkum. . Tilak wrote a series of articles on the nature of consciousness that became popular in Sri Lanka in both Sinhalese and English. This whole Tilak ceremony revolves around the wish for the happiness of the coming life of the bride and the groom. 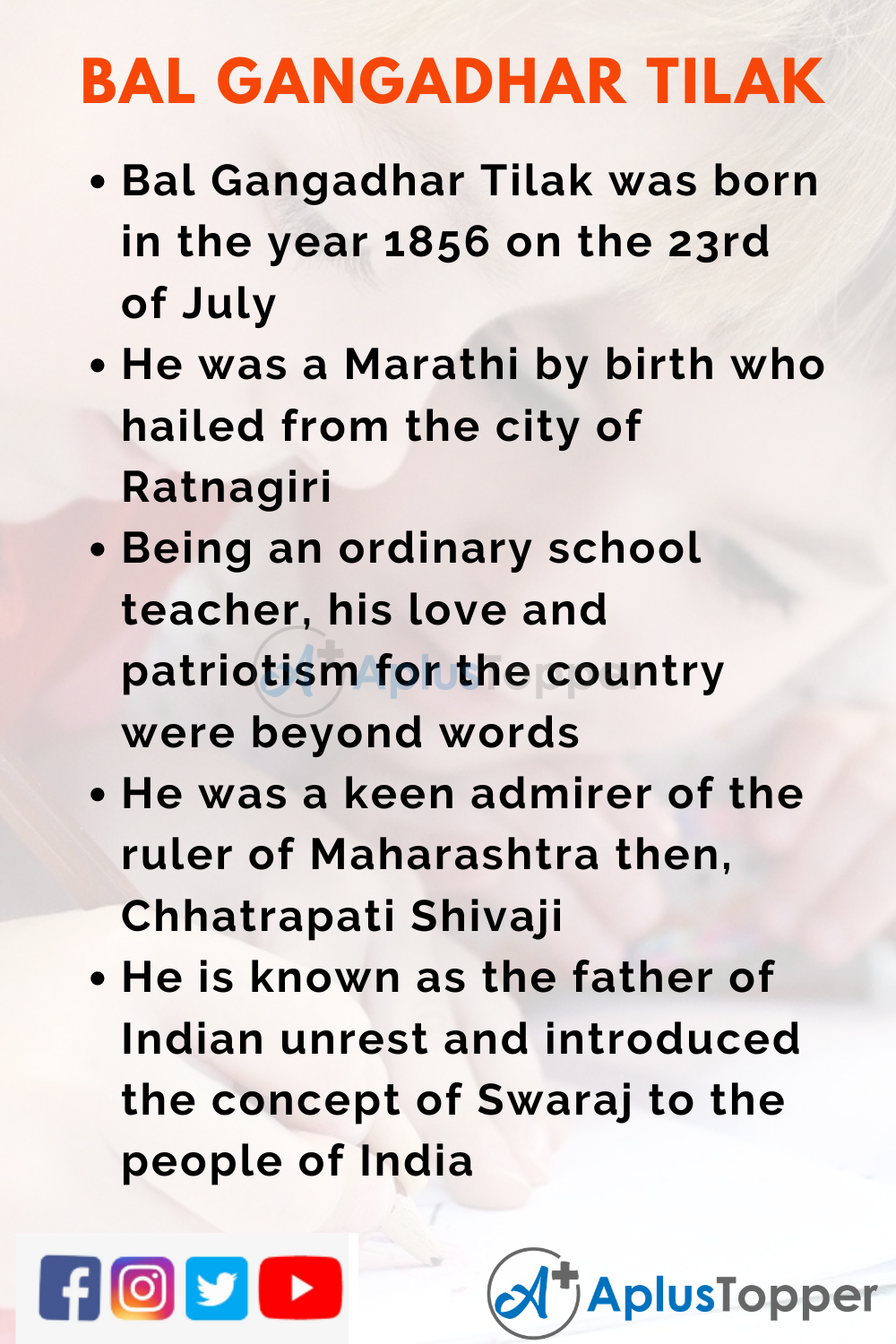 Tilak ceremony, like any other ceremony in an Indian wedding, is a moment of Joy. He had hoped that he would crown his achievement with the fulfillment of this task by virtue of his learning, eloquence, enthusiasm, and sincerity, just as he had laid a secure foundation for it; but with Swami's samadhi, these hopes have gone. Generally, the Tilak ceremony is held at the residence of the groom, but sometimes it is also conducted at the temples. You may also make comments on individual stories in the comments column reserved for that purpose at the bottom of each story published on Tilak Marg. Women wear the tilak to indicate that they have been married, in which case the tilak is sometimes known as a bindi. We have lost our glory, our independence, everything. 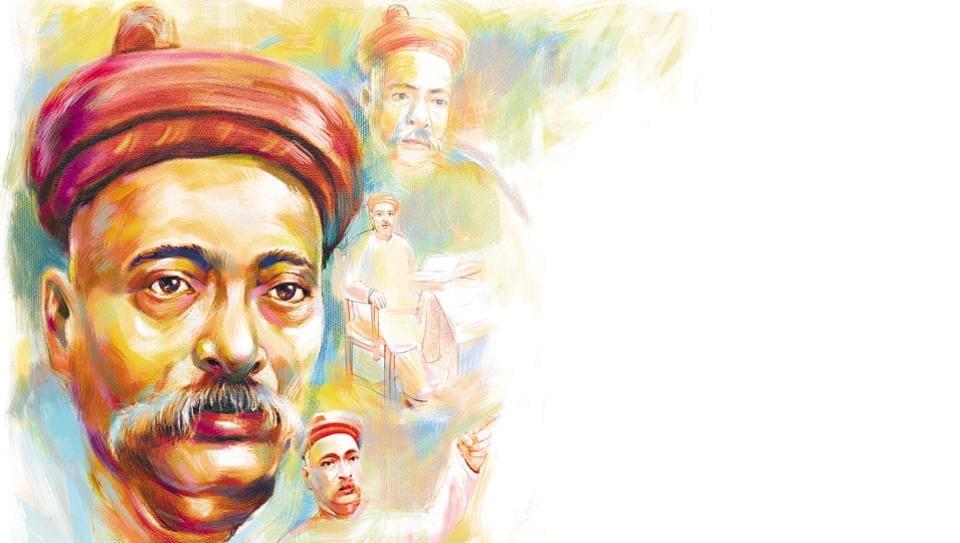 Mythologies and Philosophies of Salvation in the Theistic Traditions of India. According to old belief, each and everything and every person on the earth is sacred and human body is also divine and it is created by God. He represents employees in discrimination, harassment, wrongful termination, retaliation, reasonable accommodation, family and medical leave, whistleblower, and wage and hour cases. Those, who worship Lord Shiva, are called Shaivas and they apply tilak made from ashes, as ash is a symbol of purity, and is assumed to be sacred. Putting on tilak not only acts as an auspicious decoration of this temple, but also helps one to remember that beyond all other species of life, the human body is a precious vessel that enables one to contemplate and actively pursue spiritual endeavors. Bal Gangadhar Tilak and Bipin Chandra Pal. 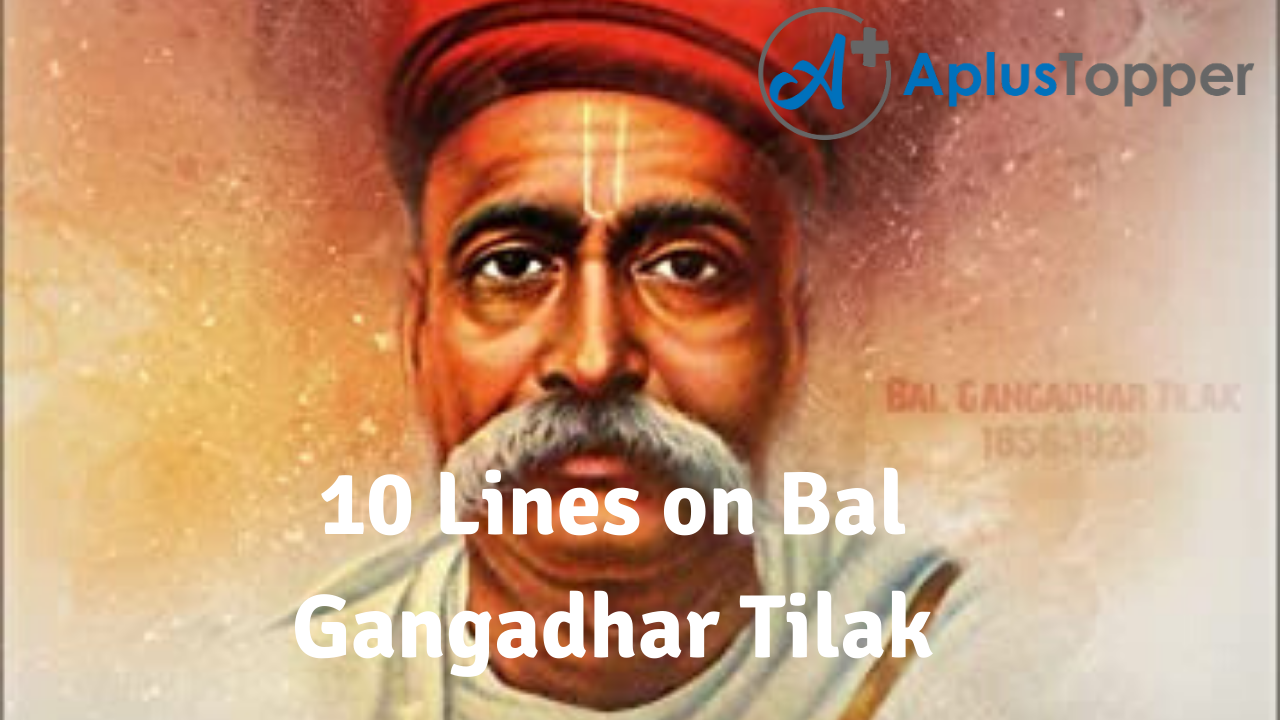 Encyclopaedia of Dalits in India. But the decorative gems and pieces that are sold not the dot ones are suitable for everyone. Although applying tilak is a custom adopted by Hindus, but anyone can apply it. He has been conducting seminars and workshops helping people to achieve their goals in life. I have an Indian Christian friend who wears a decorative bindi during Indian holidays and celebrations. 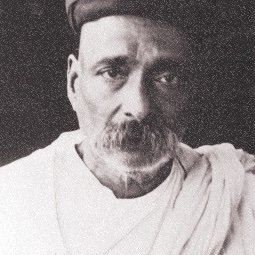 There are other benefits of applying different kinds of tilaks. When did Bal Gangadhar Tilak Die? I think a lot of things people wear nowadays are taken from various religions and other cultures. His team was responsible for serving more than 150 million annual guests and consumers worldwide across Disney theme parks, hotels, cruise ships, retail stores, restaurants, Disney Vacation Club properties and the Adventures by Disney travel businesses. Vermilion - Its application enhances a person's inner beauty and also provides him or her with the energy to handle different situations. In Madva Sampradaya, you may draw two vertical lines depicting the lotus feet of Lord Krishna with Gopichandana obtained from Dwarka. Any reference to any advocate on this website does not constitute a referral or endorsement, nor does it constitute an advertisement.

What is Tilak? Signifiance of applying Tilak in Hinduism

The application of a tilak on the forehead improves our thinking abilities and concentration. B degree from Government Law College in 1879. B programme, earning his LL. His father was a physics lecturer and coincidentally a friend of Arthur C. Thousands of years ago, another saint, Shankaracharya, showed to the world the glory and greatness of Hinduism. Conclusion The whole Tilak ceremony is about bringing the families of the Bride and groom together. Details about these results are listed in the next tab in descending order by total value of the legal settlements. 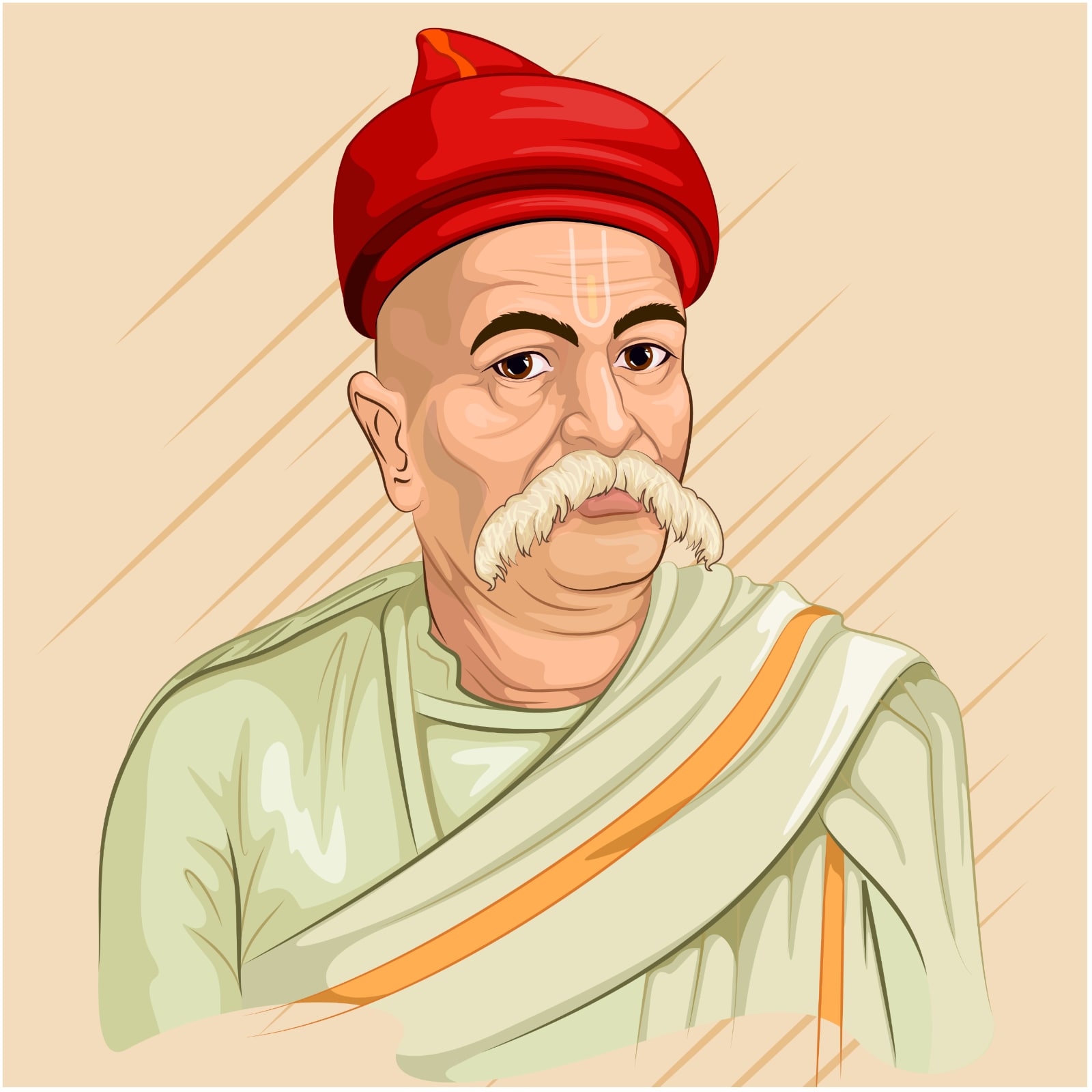 I really like the look of the bindi mark and would be willing to wear it as a fashion piece. Two bangali youth bombed the carriage carrying the chief presidency magistrate douglas kingsford of calcutta and tilak wrote an article defending the act, this was not taken well and he was sentence six years of prison in mandalay. They appealed to the masses to boycott the forgein goods and use the Indian made goods. Friends and relatives from the groom family carry these gifts for the bride and her family members. In Shaiva tradition, the disciples wear tilaka made from the ashes of a fire mostly yajnas. The Book I Won't be Writing and Other Essays. 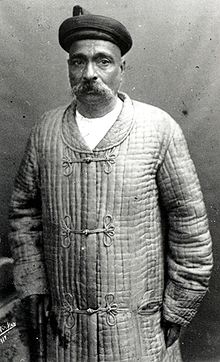 Retrieved 11 August 2020. Secondly, vermillion contains mercuric sulfide, which is useful for reducing fatigue and stress. They demonstrated their revolt through strikes, and boycott of forgein goods. They together made the vision for swadeshi movement and advocated it during the british rule in the 20th century. Names for the tilak vary, depending on the style and the part of the world.

5 things to know about tilak 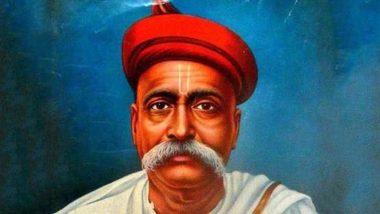 S ee, for example, Samarth, 8 August 1906, quoted in I. It is usually done when a family member is arriving home after a long time. Bal Gangadhar Tilak was also known as Lokmanya tilak he was the first leader of Indian Independence movement and was loved by people. Copland, 'The Maharaja of Kolhapur', in Modern Asian studies, vol II, no 2 April 1973 , 218. Kesari was an instrument to mouth piece during the Indian Independence movement. He was a very talented and popular student in the school. With tons of great content, the app is adapted to the patient's needs and serves as an important link in building the patient-physician relationship.

What is a Tilak? (with pictures) 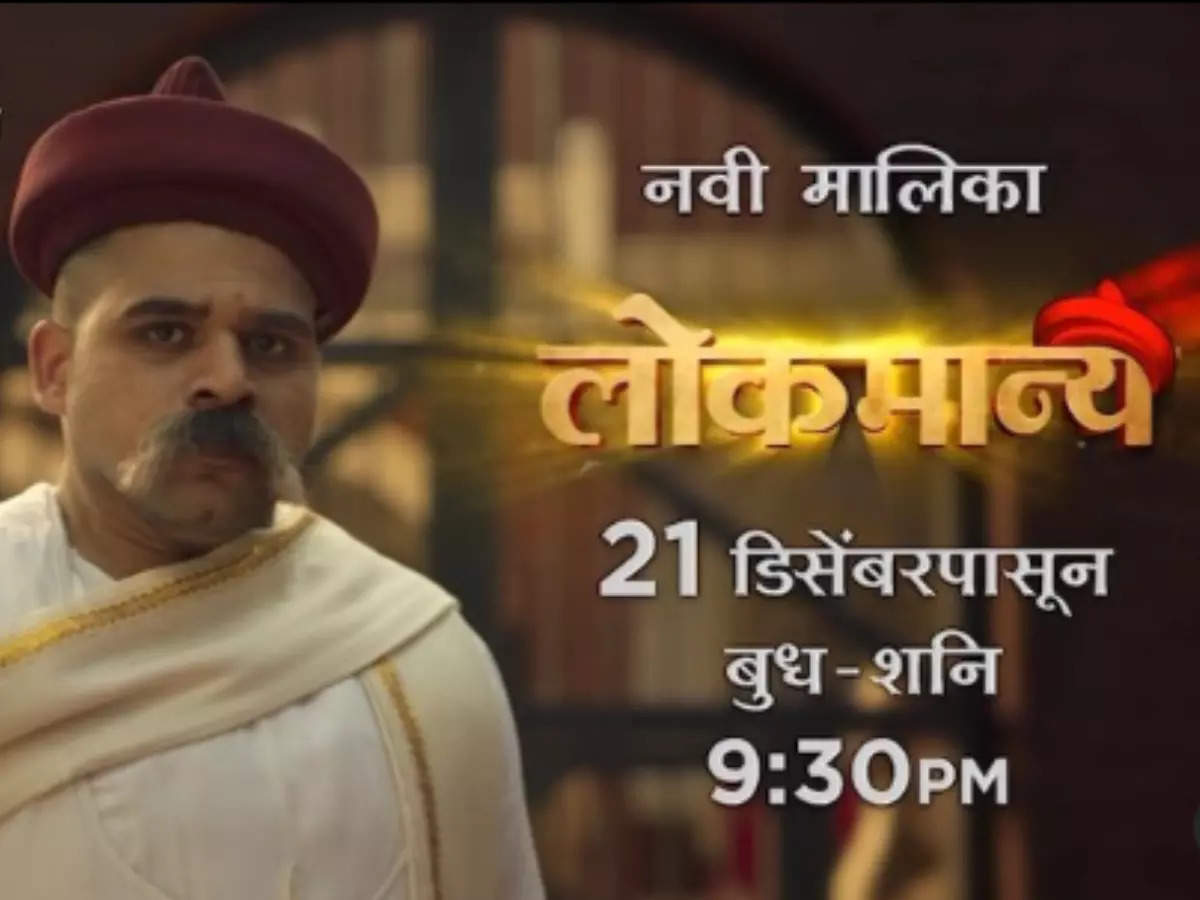 In some parts of India, the bride and her mother are not allowed to attend this ceremony. They were generally seen as acts of injustice and dictatorship. The Tilak ceremony is known by different names all across India. Tilak ceremony; is also known as the Groom acceptance ceremony. It is called Deep in the Eastern parts of India and is known by the name of Pottu or Chennai in South India. Its application can open up our receptivity and also allow us to focus on higher aspects of life.