Ariel, a brand of laundry detergent, recently launched a campaign called "Share the Load" that aimed to challenge traditional gender roles and encourage men to do their fair share of household chores. This campaign was not only a powerful social commentary, but also a successful marketing strategy that resonated with consumers and generated significant buzz on social media.

One of the key elements of the "Share the Load" campaign was its use of emotionally charged advertising. The main commercial, which aired on television and was shared widely on social media, featured a father and daughter having a conversation about household chores. The daughter expresses frustration that her mother is always the one doing the laundry, while her father is rarely seen helping out around the house. The father then reflects on his own upbringing, where he was taught that household chores were the responsibility of women. He realizes that he has been perpetuating these gender roles in his own household and decides to take action.

The commercial ends with the father rolling up his sleeves and helping his daughter with the laundry, while the tagline "It's time to share the load" appears on the screen. This simple yet powerful message struck a chord with many viewers, who related to the theme of gender inequality in the household and appreciated the brand's efforts to challenge traditional gender roles.

In addition to its emotional appeal, the "Share the Load" campaign also used a number of clever marketing tactics to engage with consumers. For example, Ariel partnered with several influencers to promote the campaign on social media, using the hashtag #ShareTheLoad to encourage conversations about gender equality. The brand also created a website and social media accounts specifically for the campaign, which provided resources and information on how to balance household responsibilities more fairly.

The "Share the Load" campaign was a resounding success, garnering widespread media attention and praise from consumers and industry experts alike. The commercial received over 10 million views on YouTube, and the hashtag #ShareTheLoad was used over 50,000 times on Twitter. In addition, the campaign received numerous awards, including a Gold Effie in the Personal Care category.

Overall, Ariel's "Share the Load" campaign was a bold and effective marketing strategy that leveraged the power of emotional advertising to challenge traditional gender roles and promote gender equality. By using a powerful message and engaging with consumers through various channels, Ariel was able to create a meaningful and enduring impact on the way people think about household chores. 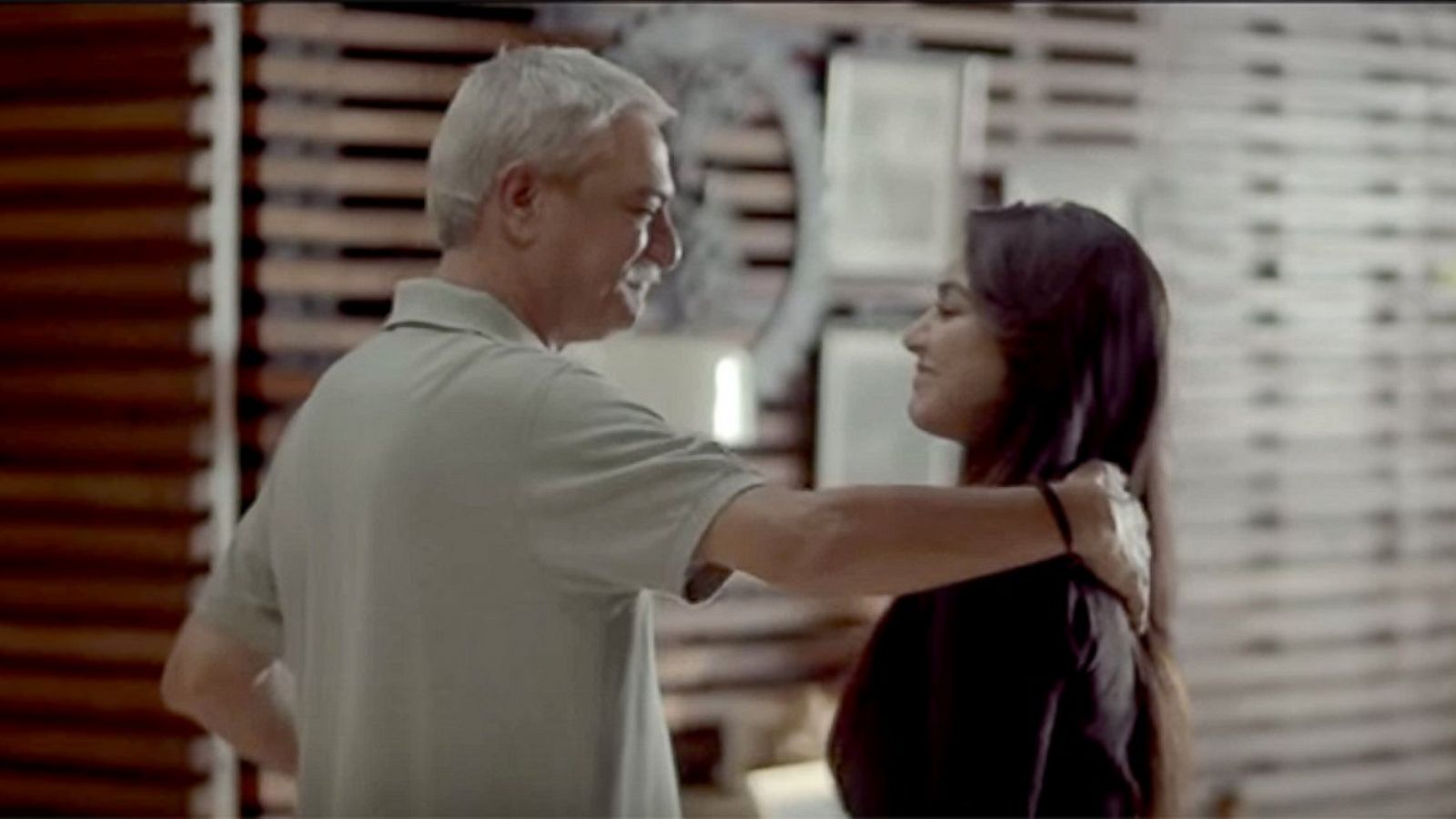 However, even now in urban India, less that 25 percent of households claim that men share the load equally. Keywords: Advertisements, Commodity, Entity, Femertisements, , Women Empowerment. Competitors Ariel has very strong competition from many brands such as Henkel, Nirma Ltd and especially its rival Unilever, ie OMO and Surf Excel. The aim this time was to urge men to wake up and ShareTheLoad for equal sleep. For this study, films from 2010 to 2014 are segregated in 3 categories of a Breaking the stereotypes, b Love, c Stereotyped. Ariel stood out for its communications model sparked from a very strong local insight, its impact on society, i. Besides the number one product still belongs to Omo with 60% market, Ariel is the follower with 12% currently user. The brand continues to address the issue of Gender Inequality within households and has thus launched their third season of Ariel Share The Load Campaign because, with Ariel, anyone can get impeccable cleaning no matter who does the laundry! Women in films have always been stereotyped, with certain films, carving an exception. The central team is armed with years of experience across awards and they helped us put the concept in a context suited for a global jury. A post shared by Apr 13, 2020 at 1:49am PDT One of the key moments in the dissemination of the message was the photo shared by Ranveer Singh, promoting this campaign among his social media followers. Cinema as an art form not only reflects the society it is set in, but also acts as a reflector to that society some films leave their mark on society and society in turn, reacts to these films in a variety of ways. Its secret weapon: men. IsLaundryOnlyAWomansJob The aim of the campaign was simple, to create a house for men and women where they ShareTheLoad equally. For Paul, Share The Load was also a catharsis moment. In store, MediaCom launched a custom 'His and Her' Laundry Pack. Share The Load became a unique and emotional equality platform for Ariel - and will be leveraged for years to come. An exciting panel came together to launch the 5th edition of ShareTheLoad, comprising of Genelia and Ritesh Deshmukh — Actors, Producers, Entrepreneurs, Environmentalists, Dr. It showed in all our social listening reports, consumers were overwhelmed with the idea. 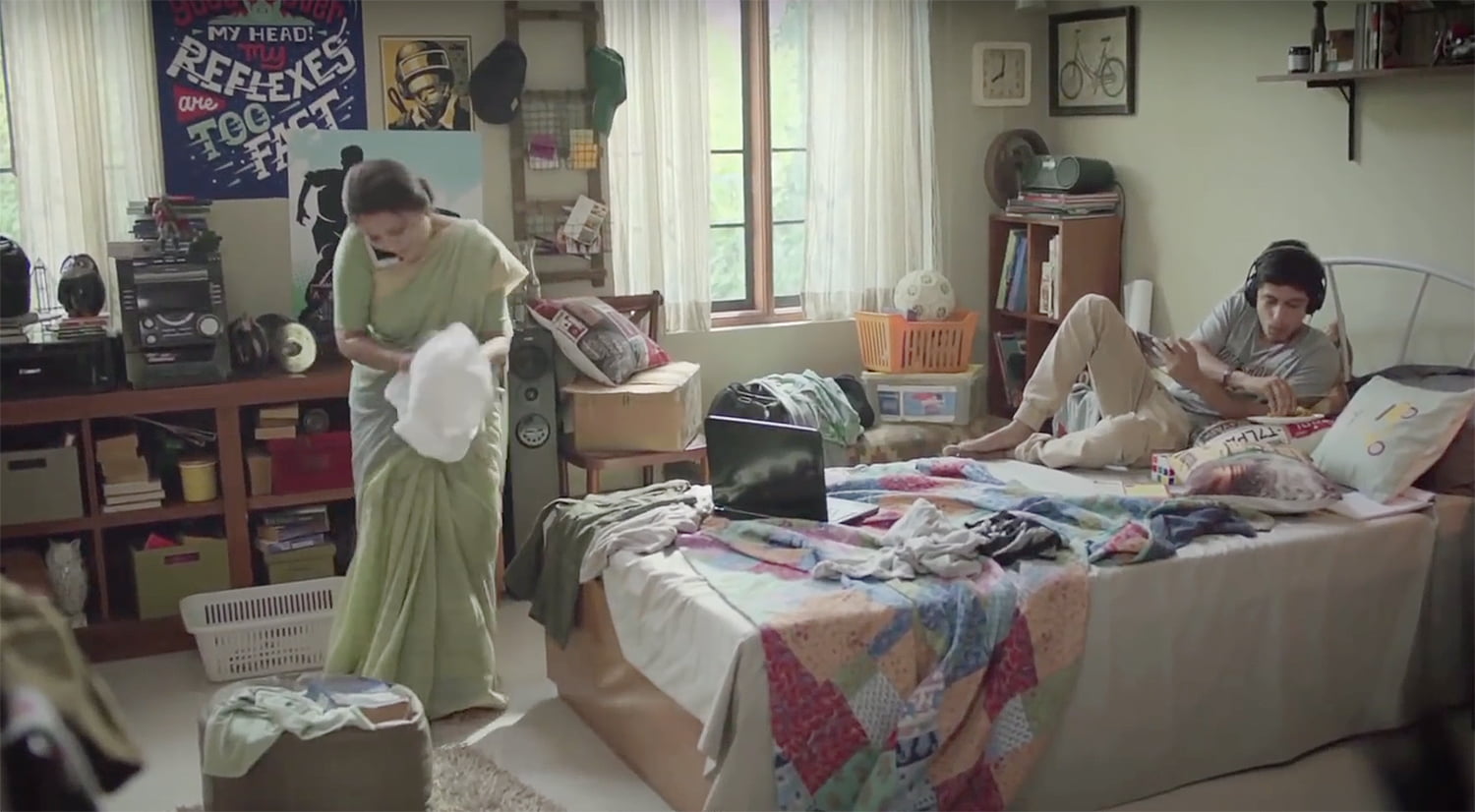 The objective was to launch Ariel Matic, a new premium detergent in the Indian Subcontinent, including India, Pakistan, Bangladesh and Sri Lanka, but the message went much further — going viral in 22 countries in 16 languages. Ariel believes in not just raising the issue, but also providing a solution so we can move the society to a more equal tomorrow. Following which, Ariel launched two new sub campaigns, one in 2016 and other in 2019 following up with the previous question. The first film drew attentions to the uneven distribution of domestic labor. Ariel's new film- See Equal raises this pertinent question to men. The first step was a confession session with colleagues. The aim: a happier household where men and women Share The Load equally. Looking at the two men go about their morning tasks in complete harmony and both contributing equally, she points this out to her husband. Urging mothers to be the changemakers of the society and hence relook at the way they raise their sons. It was time for men to "SHARE THE LOAD". This also helps maximise the number of categories we can enter. With See Equal, we want to address years of unconscious bias and conditioning, which may be coming in the way of us all sharing the load. Now in this new era of Woman Empowerment advertisers prefer Femvertisements more than Advertisements. 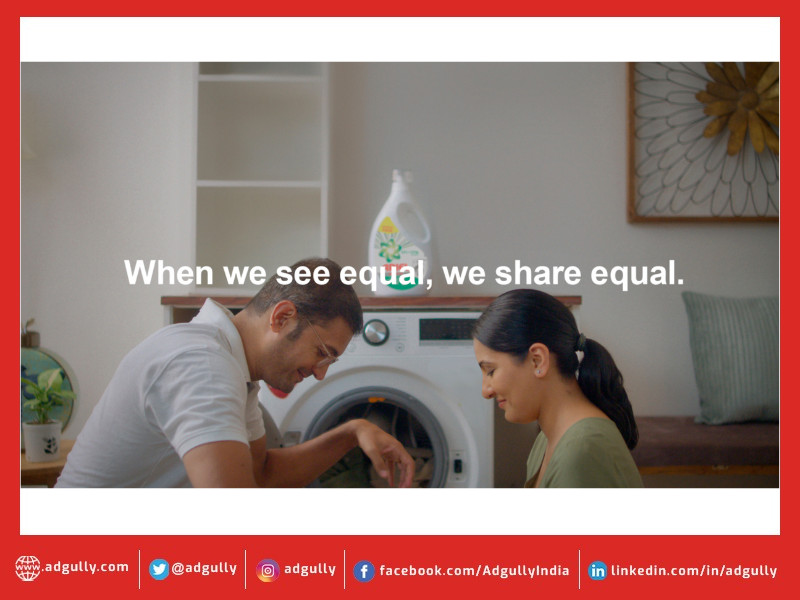 Both these stories are crisp and stir away from preachy aspect making it more engaging and thought-provoking, hinting people to bring about a minimal transformation in their lifestyle that will lead to a huge change. Social Samosa recently penned down how ShareTheLoad implicitly became the brand identity and it also managed to put out some goodwill through their initiative, taking a small step of change with mere laundry. It doesn't matter what a woman does out of the home. Because only when we See Equal, we ShareTheLoad equally. This places unbalanced expectations and burdens on them, which can get in the way of their professional growth.

Ariel #ShareTheLoad back with more love

We have a global internal award judged by a global jury that helps gauge the potential of all entries. This incident, along with a few more, make the woman realise that she is not being seen and treated as an equal. HANG ON A MINUTE - WHY CAN'T MEN DO THE WASHING? Within the 1st month of release of the third phase, the advertisement amassed 2. Share The Load should be a norm not an exception. A vintage soul wedged in a wrong era, Aishwaria is contemplating life through the stardust of words. Ariel used the content as far afield as Germany, Portugal and Spain. 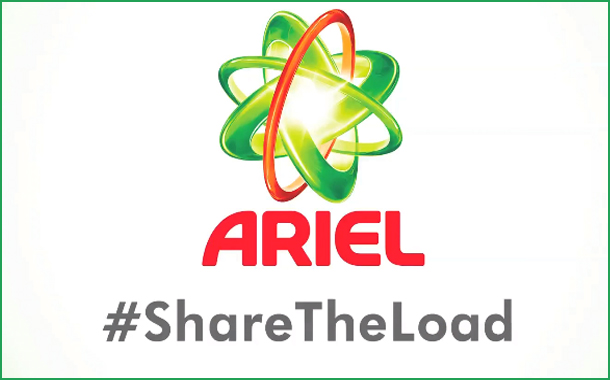 The content was obviously rich, but the context was missing. Business market: Customers of Ariel are the Supermarket chains, departmental stores, E commerce sites, and others. There is nothing like his job or my job. Sons ShareTheLoad upped the conversation on the subject. Interestingly, over 73% married men agreed that they did their share of household chores when they lived with other men. Sports became the most interesting area of media coverage among different stream. As a result of the touching advert, over 1. The ad has been shown from the perspective of a small child so that young kids can relate to it and it stays in their subconscious mind. On social, it asked men to show their commitment via a 'Wash bucket challenge', challenging them to post selfies doing the laundry Ariel improved lives of millions of women by making laundry relevant for men: - Sales grew by 75% year on year, double the target. Ariel believes in not just raising the issue, but also providing a solution so we can move society towards a more equal future, because when the sons of today become the husbands of tomorrow, they should be able to Share The Load. ShareTheLoad for Equal Sleep The fourth and the latest video talks about how inequality in household chores is resulting in women not getting enough sleep and rest. Amidst the pandemic, Ariel attempts to incentivise men into contributing towards household chores with the latest leg of ShareTheLoad campaign.