The Atlanta Exposition, also known as the Cotton States and International Exposition, was a world's fair held in Atlanta, Georgia in 1895. The exposition was held to showcase the progress and development of the Southern United States, particularly in the areas of agriculture, industry, and education.

The exposition was held on a large tract of land near the center of the city and featured a number of buildings and exhibits showcasing the latest technological advancements and cultural achievements of the time. The main exhibition hall was over 1,000 feet long and featured displays of agricultural and industrial products from around the world. There was also a large amusement park on the grounds, complete with a Ferris wheel and other rides.

One of the main goals of the Atlanta Exposition was to promote the South as a region that was modern, progressive, and ready to compete with the rest of the country. To this end, the exposition featured a number of exhibits and demonstrations that highlighted the region's economic and technological capabilities. There were also a number of lectures and discussions on topics ranging from agriculture and industry to education and social reform.

The Atlanta Exposition was a major event in the history of the city and the region, and it had a lasting impact on the development of the South. The exposition attracted over 800,000 visitors from around the country and helped to put Atlanta and the South on the map as a hub of innovation and progress. It also helped to stimulate economic growth and development in the region, and many of the exhibits and displays from the exposition helped to shape the future direction of the South.

Overall, the Atlanta Exposition was a major milestone in the history of the South and played a significant role in shaping the region's future. It demonstrated the progress and potential of the region and helped to put the South on the map as a major player in the world of agriculture, industry, and education.

With that independence, Washington predicts, will come the esteem of the white community. Starting thirty years ago with ownership here and there in a few quilts and pumpkins and chickens gathered from miscellaneous sources , remember the path that has led from these to the inventions and production of agricultural implements, buggies, steam-engines, newspapers, books, statuary, carving, paintings, the management of drug stores and banks, has not been trodden without contact with thorns and thistles. . The second ship signals the first to cast down its bucket where it is, meaning to lower the water bucket and draw water from its immediate surroundings. Because Atlanta Build Expo marketed correctly we saw exactly who we needed to see. Cast it down in agriculture, mechanics, in commerce, in domestic service, and in the professions. Some black officeholders even migrated from the North and Midwest to hold public office in the South.

A crowd of more than 50,000 was on hand when Grady introduced the popular U. Cast it down in agriculture, mechanics, in commerce, in domestic service, and in the professions. In this, the only known sound recording made by Booker T. Instead of describing emancipation as a victory for black Americans, he describes a leap to freedom, which will take some time to get used to. Several times in his speech Booker T. 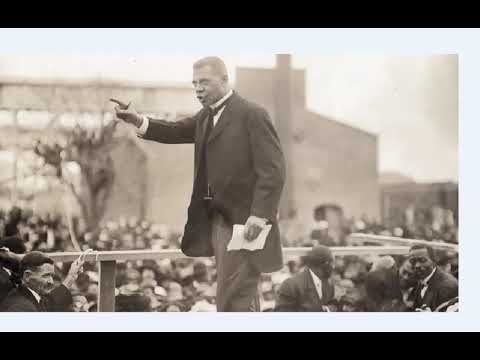 More about The Atlanta Exposition Address, By Booker T. We shall constitute one-third and more of the ignorance and crime of the South, or one-third its intelligence and progress; we shall contribute one-third to the business and industrial prosperity of the South, or we shall prove a veritable body of death, Gentlemen of the Exposition, as we present to you our humble effort at an exhibition of our progress, you must not expect overmuch. Ignorant and inexperienced, it is not strange that in the first years of our new life we began at the top instead of at the bottom; that a seat in Congress or the state legislature was more sought than real estate or industrial skill; that the political convention or stump speaking had more attractions than starting a dairy farm or truck garden. Washington was addressing the society of the United States on behalf of all black people; his noble attempt to announce first steps towards the friendship between the black and white people has definitely fulfilled its purpose. Washington was invited to speak to this all-white southern audience, was itself a historic event. President of the United States from 1885-1889 and from 1893-1897. Starting thirty years ago with ownership here and there in a few quilts and pumpkins and chickens gathered from miscellaneous sources , remember the path that has led from these to the inventions and production of agricultural implements, buggies, steam-engines, newspapers, books, statuary, carving, paintings, the management of drug stores and banks, has not been trodden without contact with thorns and thistles.

Cast Down Your Buckets In the next few paragraphs of his speech, Washington develops a metaphor that captures the gist of his argument. Reviewed by Jozlyn Clark Booker T. Therefore, he had to speak in a manner that would not offend any of these groups of people, which was quite a difficult task. In this way, Washington raises enough money to secure transportation to Hampton. This work by Booker T. However, they had different methods for getting what they wanted.

King proposes in his Compare And Contrast Web Du Bois And Booker T Dubois 807 Words 4 Pages Thesis statement: The two great leaders in the black community debating about the issues that face the Negro race and Du Bois gave a compelling argument by using pathos, logos and ethos to create an essay that will appear to all readers. DuBois and Booker T. This so-called Compromise of 1877 is usually seen as the formal end of the Reconstruction era. Imagine a world in which the shooting of Michael Brown would have been normal. For many year blacks have been hindered from success, but now blacks have the opportunity to work their way up next to whites if they unite and follow either Booker T. In this speech Washington shares his belief that his fellow African Americans and other former slaves should make the best of what they have and to strive to excel in the positions and jobs they already occupy rather than continually fighting for.

What did the Atlanta Exposition Address say? We have built lasting relationships with both attendees and other vendors that have allowed us to expand our network and take on many new clients. The event is run smoothly, with expertise and ease. We are excited to return for 2020. The discovered relationships, new-found technologies, and predictable interaction with new and existing clients has an exponential marketing and educational payoff. This, this coupled with our material prosperity, will bring into our beloved South a new heaven and a new earth. While we take pride in what we exhibit as a result of our independent efforts, we do not for a moment forget that our part in this exhibition would fall far short of your expectations but for the constant help that has come to our educational life, not only from the southern states, but especially from northern philanthropists, who have made their gifts a constant stream of blessing and encouragement.

Washington April 5, 1856 — November 14, 1915 was an American educator, author and leader of the African American community. DuBois was a founder of the well known NAACP. Washington attended seminary school and was deeply religious. Washington, Cotton States Exposition, Daniel Murray Pamphlet Collection, and Susan B. He wants the whites and blacks in south to realize that they need each other and should act in ways to coexist. There is no defense or security for any of us except in the highest intelligence and development of all. There is no escape from God's laws, man's laws, eternal justice, or the binding relationship between the oppressor and the oppressed; they are as close as sin and suffering. Du Bois in which he disagrees with Booker T. President and Directors, the sentiment of the masses of my race when I say that in no way have the value and manhood of the American Negro been more fittingly and generously recognized than by the managers of this magnificent Exposition at every stage of its progress. Not only this, but the opportunity here afforded will awaken among us a new era of industrial progress. Washington contributed to and helped shape the future of African Americans. Thus, he reasoned, the lack of social and political equality might eventually undermine the more modest economic goals Washington had proposed. He likens them to hands that can pull the South up or bring it down. Accessed January 1, 2023. 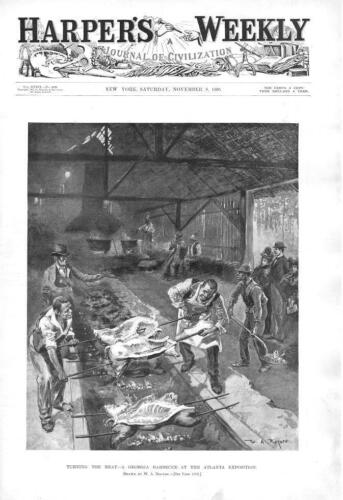 Our ROI on the shows has exceeded expectations. In conclusion, may I repeat that nothing in thirty years has given us more hope and encouragement, and drawn us so near to you of the white race, as this opportunity offered by the Exposition; and here bending, as it were, over the altar that represents the results of the struggles of your race and mine, both starting practically empty-handed three decades ago, I pledge that in your effort to work out the great and intricate problem which God has laid at the doors of the South, you shall have at all times the patient, sympathetic help of my race; only let this be constantly in mind, that, while from representations in these buildings of the product of field, of forest, of mine, of factory, letters, and art, much good will come, yet far above and beyond material benefits will be that higher good, that, let us pray God, will come, in a blotting out of sectional differences and racial animosities and suspicions, in a determination to administer absolute justice, in a willing obedience among all classes to the mandates of law. Washington and adopted his self-help autobiography, Up from Slavery 1901 , as their guide book to improve fortunes. His rhetoric is imbued with his religious beliefs. Du Bois was born in the North and faced very little discrimination, and had an easier time getting into College. It is a recognition that will do more to cement the friendship of the two races than any occurrence since the dawn of our freedom.