Body modifications, such as tattoos, piercings, and cosmetic surgery, have become increasingly common in recent years. While some people view these modifications as a form of self-expression, others may view them as unprofessional or inappropriate in the workplace. This can lead to tension and conflict, as people with body modifications may feel that their appearance is being unfairly judged or discriminated against.

In the past, body modifications were often seen as a sign of rebellion or nonconformity. However, as they have become more mainstream, many employers have started to relax their policies on body modifications in the workplace. While some companies still have strict policies that prohibit visible tattoos or piercings, others have adopted more lenient policies or have no policy at all.

There are several arguments for and against allowing body modifications in the workplace. On the one hand, some people argue that body modifications are a form of self-expression and should not be restricted in the workplace. They may argue that as long as an employee's appearance is professional and does not negatively impact their job performance, it should not matter what they do to their body.

On the other hand, others argue that body modifications may create a distraction or convey a negative image to clients or customers. They may worry that visible tattoos or piercings could give the impression that an employee is unprofessional or unreliable. Additionally, some employers may be concerned about the potential for discrimination lawsuits if they are seen as imposing their own personal views about body modifications on their employees.

Ultimately, the decision about whether to allow body modifications in the workplace is a complex one that depends on a variety of factors. Employers should consider the cultural norms and values of their company, as well as the potential impact on their employees and customers. It may be helpful for companies to adopt clear, fair policies that outline what is and is not acceptable in terms of body modifications, and to communicate these policies to their employees.

In conclusion, body modifications in the workplace can be a controversial topic. While some people view them as a form of self-expression, others may see them as unprofessional or inappropriate. Employers should carefully consider the potential impact on their employees and customers when deciding whether to allow body modifications in the workplace, and should communicate their policies clearly and fairly.

Body Modifications vs. The Workplace 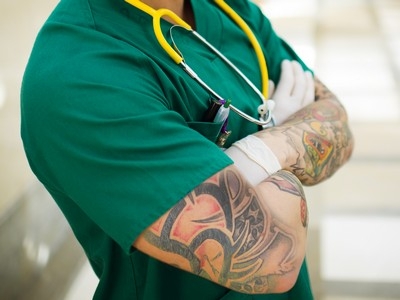 Europeans of recent history the last 500 or so years did not use to be big on tattoos. These people essentially feel the need to, or are ordered to cover the modification or remove it in order to keep their job and feel accepted in the workplace. The history of body modification dates to a while back with America being inspired by other countries to take on this practice. An appearance is a form of self-expression, whether it be the way someone dresses or having a sleeve of tattoos. The United States has the highest number of This text provides general information. Many adults The Negative Impact Of Tattoos, Piercings, And Gender Discrimination shift regarding what comprises a professional look.

Unless you have aracistsor just offensive tattoo. Companies like Bank of America, Olive Garden, and Wyndham Resorts just to name a few made some surprising changes at various levels. The employers could also make sure that the workers have more say the business when it comes to ideas and opinions. The knowledge and potential of the employee do not cease to exist due to their self-expression through their body art. There is a new practice in body art, apart from those who enjoy multiple piercings of the facial features and belly or other parts.

Discrimination Against Body Modifications In The Workplace 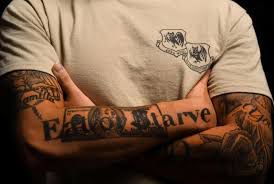 Retrieved July 23, 2008. Does Discrimination Against Body Modifications Still Exist? Employees with piercings are defending their right to express themselves in efforts to make body piercings permitted in the work place. However, she lost the case because the federal district court found that the Church of Body Modification was a bona fide religion and that her religion did not require a display of facial piercings at all times. Some argue that it is unprofessional, and I can see where they are coming from, but times are changing and work places should keep updated with this. While many are unsure of how body modification made its way in America, one thing that is for certain is that it has had a huge impact on those who have decided to engage in it. It would seem logical, that a patient would feel safer being attended to by a highly skilled, tattooed professional, rather than an unskilled, inexperienced person without a… Yamato Transport Case Study Inequity in pay structures or low pay is great causes of dissatisfaction and can drive some employees at Yamato Transport M to quit. 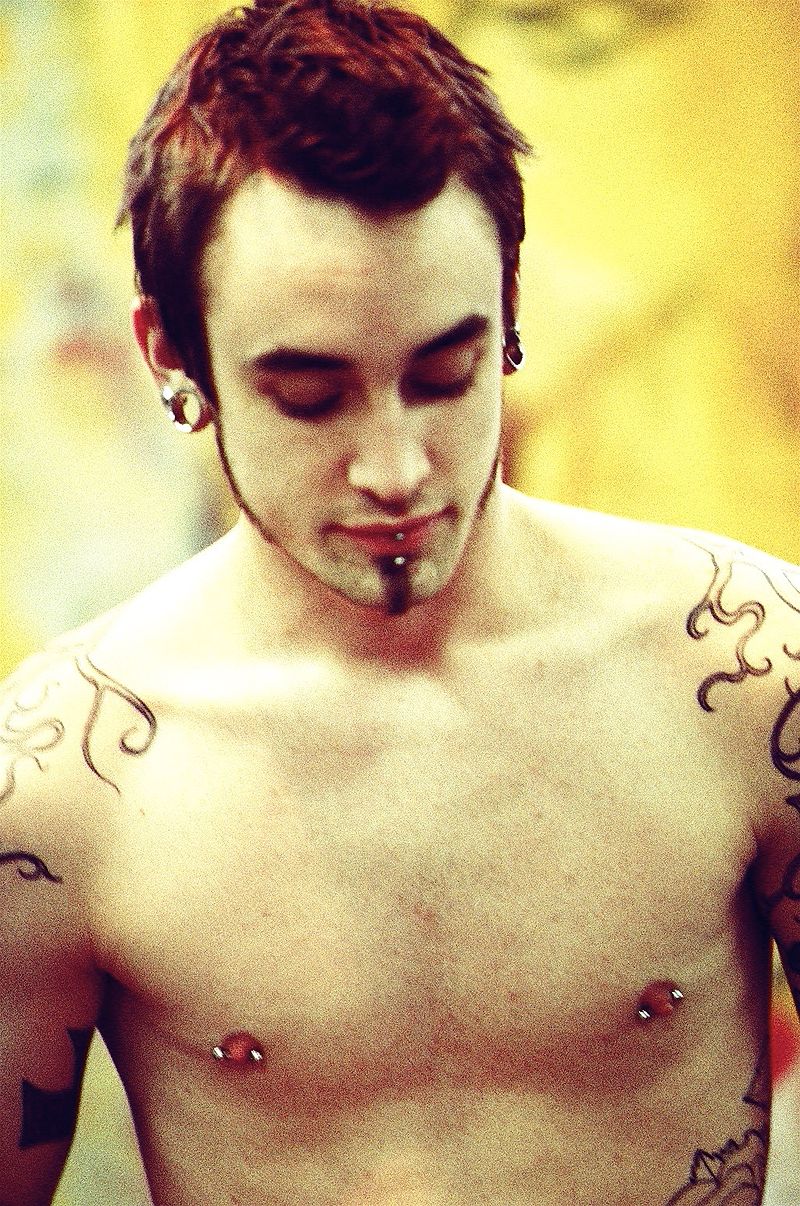 Recently, this dining establishment has started to allow piercings at work. Half of the adult population has tattoos and body piercings. There are many negative connotations affiliated with tattoos. In her article she makes the point that body modifications do not equate to how suited people are for their job. Often tattoos are memoirs to their family.

Body Modifications In The Workplace Essay 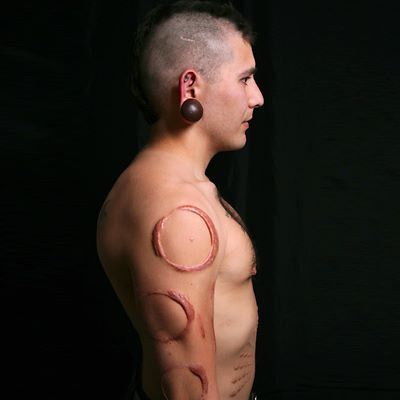 As the cases discussed in this paper demonstrate courts failed to acknowledge trait discrimination, in the form of grooming codes, as legally impermissible. After graduating in December 2016, she plans to use her anthropology degree to enter academia and go into either education or research. Parents allow their children to be tattooed, as they themselves have quite an array of body artwork. For employees, tattoos can capture what means the most to them: God, family, friends, values, moments, travels and more. You would want to be darn sure that you would not later change your mind about this sort of decoration that you will carry to your final resting place.

We're Tired Of Body Modification Discrimination In The Workplace In the essay above it shows all the reasons why people shouldn't be judges just because they have a few tattoos or piercings. However, millions of tattooed and pierced people in the workforce are highly qualified and hard working staff. Many people question whether tattoos should be allowed in the workplace. None of their results I listed has a good outcome. Listening to the ABC radio and reading a crime novel The Skin Collector by Jeffery Deaver, I have recently come across this term. However for some workplaces highly visible body art may not be a plus. While personally not a fan of tattoos I appreciate that it is a valid form Of body art for some.

Body modification in the United States 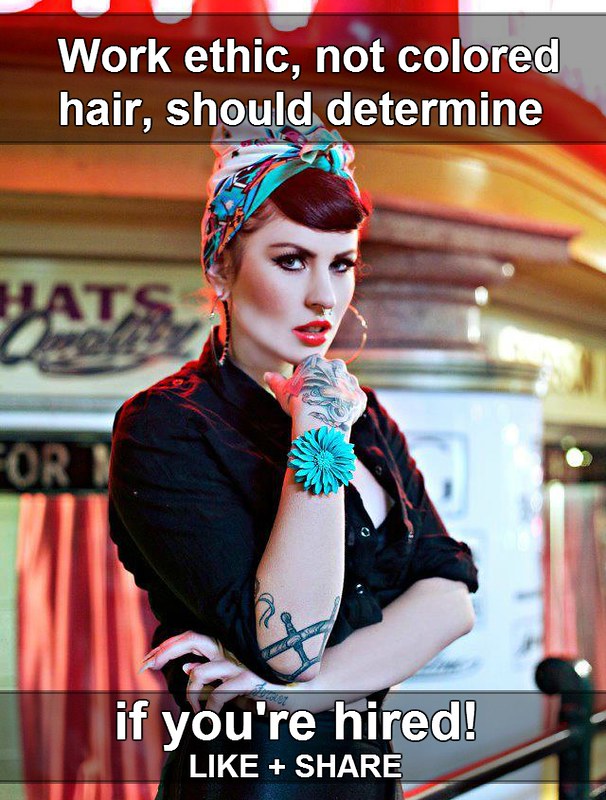 One thing people tend to forget is that so many individuals have different forms of body modifications. Net output and company profit is affected by the character, skill level, and merit of the individual staff, not by their exterior appearance. Another reason these policies are an issue is because they are not always applied fairly to all individuals, and can often be discriminatory towards others. Why would they even have to make a big deal about her little butterfly tattoo, I doubt anyone will be staring at her foot and wish that tattoowasn'tthere. . HOW INK AND PIERCINGS AFFECT BUSINESS RECRUITMENT One of the biggest ways how ink and piercings affect business is recruitment. Meanwhile chief executive Ed Swales is sticking to his guns in his bid to stamp out visible tattoos. It is unfair for these people to be judged by their customers or patients because they see the person helping them has a tattoo. WHAT DO TATTOOS MEAN So, why do people get tattoos? However the ancient Vikings — our distant ancestors were great fans of the body art as were the Druids and Celtic traditions. I do think, to an extent, some body modifications can be a little much. My main worry, actually, is what it might mean for my future opportunities, both in terms of employment and volunteering. April 3, 2018 A vast majority of society will make an assumption about modified people before they have even met them personally. 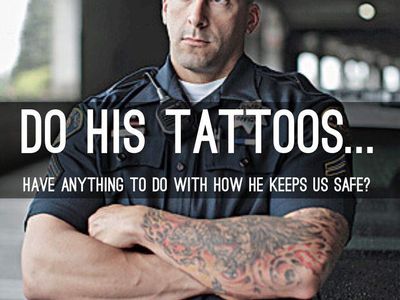 Customers who do stereotype set the bar low for tattooed and pierced employees. Unlawful discrimination sometimes goes unheard of as people are often too embarrassed or intimated to speak up and make a complaint. Every culture is known for their types of expressions though tattooing, piercings, and body modification. Even though Pros And Cons Of Tattoos In The Workplace discrimination of tattoos in the workplace. Body modification discrimination in the workplace is a very troubling problem for people with body modifications. Do you really care if your doctor has tattoos all over his body if he has the ability to save your child with a life-saving surgery or examination? Tattoos and piercings -- you either love them or you hate them.