"Confucius Lives Next Door: What Living in the East Teaches Us About Love, Loss, and Finding Our Way"

As a Westerner living in the East, I have had the unique opportunity to witness firsthand the cultural differences between my own upbringing and that of my neighbors. One of the most striking aspects of living in this part of the world has been the presence of Confucian values and the way they shape the behavior and relationships of those around me.

For those unfamiliar with Confucianism, it is a system of ethics and values that originated in ancient China and has since been embraced by many other Eastern cultures. At its core, Confucianism emphasizes the importance of relationships and the role they play in creating a harmonious society. It emphasizes the value of filial piety, or the respect and devotion one has towards their parents and ancestors, as well as the importance of loyalty, honesty, and kindness in all relationships.

Living in a society where Confucian values are deeply ingrained has taught me a great deal about the power of love, loss, and finding one's way.

One of the most striking aspects of Confucianism is the emphasis on filial piety. In a culture where the family unit is highly valued, it is not uncommon to see adult children living with their parents, or even several generations living under one roof. While this may seem strange to those of us raised in the individualistic West, it is a testament to the strong bonds of love and devotion that exist within these families.

This emphasis on filial piety has also taught me about the importance of love and loss. In a society where the elderly are held in high regard and are often seen as the ultimate source of wisdom and guidance, it is not uncommon for children to experience a deep sense of loss when a parent or grandparent passes away. However, the Confucian belief in the importance of ancestor worship and the idea that the spirits of one's ancestors continue to watch over and guide them even after death helps to alleviate some of this pain.

Finally, living in a Confucian society has also taught me about the importance of finding one's way. In a culture where there is a strong emphasis on obedience and respecting one's elders, it can be difficult for young people to find their own path and make their own decisions. However, the Confucian emphasis on education and self-cultivation helps to provide a framework for individuals to explore and discover their own interests and passions, ultimately helping them to find their own way in life.

In conclusion, living in a society where Confucian values are deeply ingrained has taught me a great deal about the power of love, loss, and finding one's way. It has shown me the importance of strong family bonds and the value of filial piety, as well as the role that education and self-cultivation play in helping individuals find their own path in life. Despite the many cultural differences between the East and the West, the lessons I have learned from living in a Confucian society are universal and will stay with me forever.

Confucius Lives Next Door : What Living in the East Teaches Us About Living i...

He provides unique insights into the country and its 2,500-year-old Confucian tradition, a powerful ethical system that has played an integral role in the continent's "postwar miracle. Works Cited Reid, T. We found ourselves smack in the middle of a fundamental shift in world history—a basic realignment of global stature and political power that will change the way the world has worked for the past five hundred years or so. However, Reid claims that corporal punishment is still applied in Japanese schools despite official prohibition 133. But if standard of living means not being afraid to go outside that home after dark, or not worrying about what filth your children see on those channels, or not wondering when you get up in the morning if all that horsepower will still be in the driveway-if the standard includes safety and decency and security, then our East Asian societies have the higher standard. A differential peculiarity of the Japanese is their ability to absorb and transform cultural and spiritual assets that originated in neighboring East Asian states, primarily in China. In simple terms, he summarizes Confucius with a 'do unto others as you would have them done to you'. 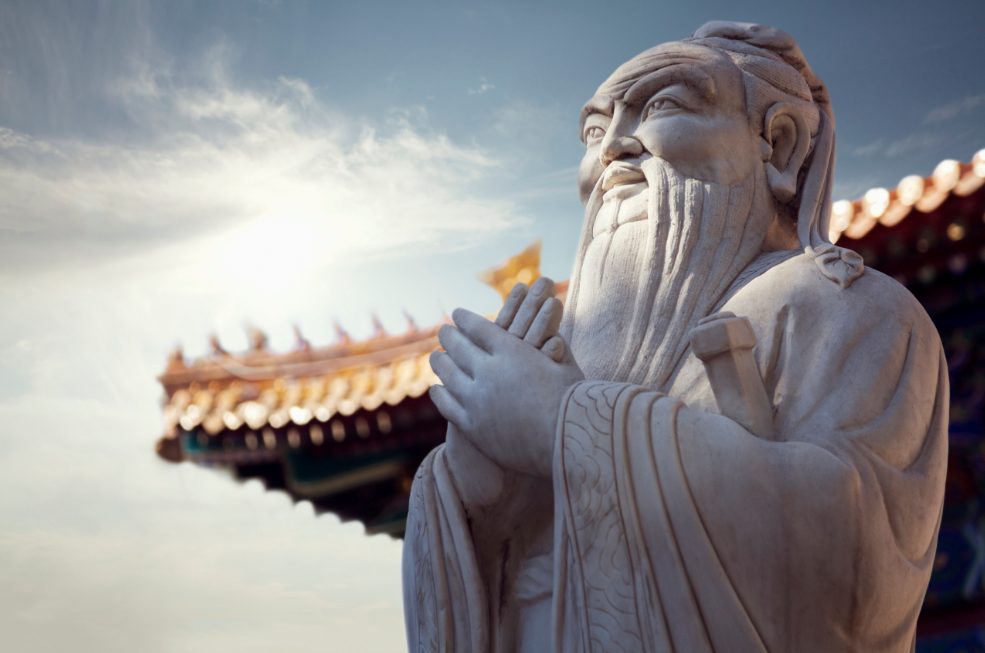 Thus, society is built on the basis of mutual respect, which is an immensely important concept for the Japanese. Moreover, Reid had mentioned various aspects that significantly influenced the development of Japanese culture in terms of advancing its values at large. . It was a clear and sometimes entertaining read, but tainted. I could not wrap my head around what T. One can summarize Judeo-Christianity in the same way. They experienced legal discrimination in the forms of denial of citizenship and denial of land ownership as non-whites.

Conclusion In general, it is possible to state that Reid made an immensely important difference with his book. For confucianism was built on the belief that harmony results when people in society accepted their place in their lives. Read more about the condition Like New: A book that looks new but has been read. Losing your job can be what pushes people out of society, as anyone who's read Evicted would attest to. Throughout the book, Reid supports his assertions by statistical data, historical facts, examples of successful business performance of Japanese companies, anecdotal evidence, and personal experiences. I wasn't aware of how much Confucius impacts school and society in modern Japan, and Reid's everyday examples of life in Japan were generally funny and entertaining. The first one was ren or what western tradition refer as empathy.

He and his wife had spent a significant amount of time in Japan many years prior to this opportunity but now they had 2 girls ages 7 and 10. As Reid and his family were opting for total immersion in Japanese culture, they decided to live in a Tokyo neighborhood and send their children to public schools within Toyko. The purpose of this paper is to give an overview of the most important concepts discussed in the book and then to elaborate on possible ways of applying these ideas to American society as a means of ameliorating it. Is there a definitive difference in the various races? The teachings emphasize that leaders should be chosen based on their governing fitness and their levels of education instead. The author also observed various relations that were taken seriously in Japan. Work Cited Reid, Thomas Roy. The teachings also revolve about the loyalty that people are subject to when they belong to certain groups and organizations. 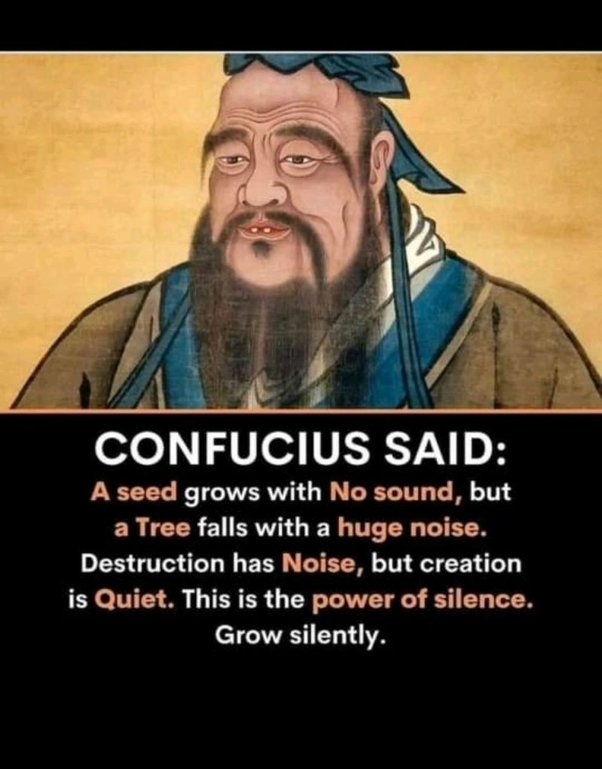 But I do understand that was not the purpose of this book so I will simply have to find other sources to expand my knowledge. This happens to be the case because people in such communities do not engage in selfish pursuits or activities that can affect the welfare of others Shen 6. Reid is trenchant, funny, and deeply knowledgeable reporter and now he brings this erudition and humor to the five years he spent in Japan--where he served as The Washington Post's Tokyo bureau chief. He and his wife had spent a significant amount of time in Japan many years prior to this opportunity but now they had 2 girls ages 7 and 10. The motivation came from watching two seasons of Midnight Diner set in Tokyo on Netflix. 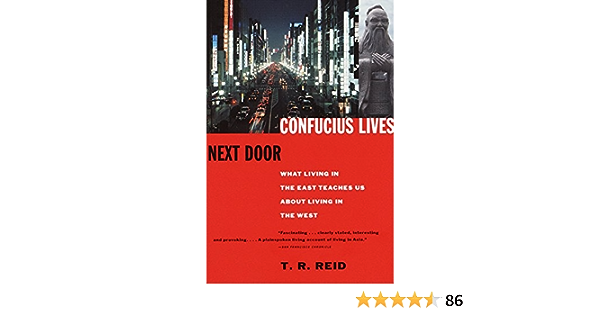 He claims that there is a distinct Asian Way, which I find hard to believe, especially since "Asia" itself is a shaky, colonial concept that encompasses many different cultures. What was most surprising was how much we had in common" Reid 243. While this is a book about what we can learn from the East, Reid missed the downsides. . Reid's new book brought me back to that conversation. Leniency is embraced to understand and tolerate others. Growing up in Denmark, this deep sense of collectivism resonates -- the author really means "US" when he says "West. 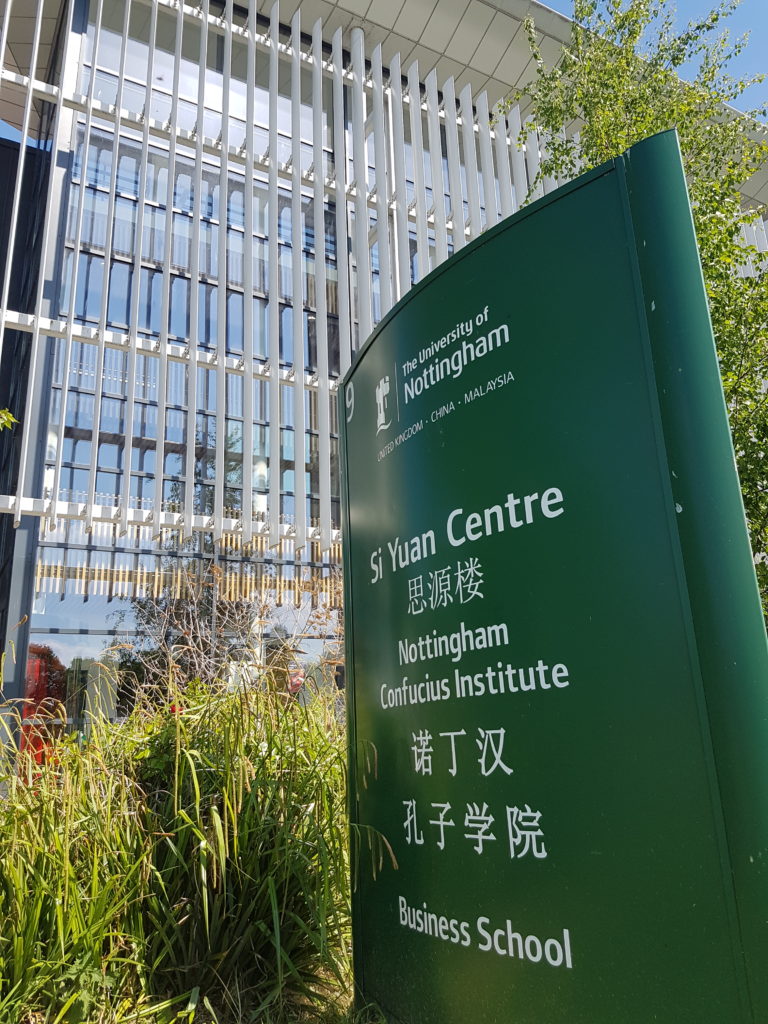 The Japanese employment policies based on the Confucian teachings advocate that employment should be a lifetime. The majority of the chapters deal with aspects of Japanese life and culture as experienced by the author, a journalist assigned to Tokyo. Conclusion Although the impacts of Confucianism in Japan might be a debatable subject, the outstanding fact is that the nation has managed to establish good schools, safe streets, admirable personal interactions, and stable families. In Japan, it is not customary to quit in search of more favorable employment terms. I liked reading about Confucius and a number of his thoughts and philosophy there was a number of chilling quotes related to government and leader ship that struck me. For instance, he describes the Nyu-Sha-Shiki or Entering-the-Company Ceremony that is celebrated all over Japan on April 1 Reid 155. 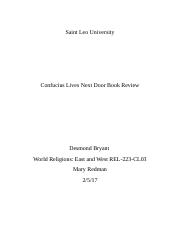 . Nevertheless the author accepted the opportunity and moved his young family to Tokyo for this once in a lifetime experience. As the author describes his first impressions of the country, he mentions such aspects as uniformly dressed airport workers in Tokyo as in opposition to casually dressed workers in America , Asian bazaars, which were colorful and fun, and where people sold exotic foods and other goods 13. I found a lot of things very interesting just to think about a different culture and how the Japanese in particular have a number of different polite signs up reminding people of the rules how their elementary schools work having the children take much of the responsibility for cleaning as well as serving lunch and The coming of age ceremony for all 20-year-olds was also intriguing. Benevolence and humaneness are virtues that guide persons to empower others. Reid then fails to mention the downside to such obedience, and why it can be dangerous.