The two party system, in which two major political parties dominate the electoral and political landscape, is a common feature of democratic societies around the world. In the United States, the Democratic and Republican parties have dominated the political scene for over 150 years. While the two party system has its benefits, it also has the potential to harm democracy in certain ways.

One argument in favor of the two party system is that it simplifies the political process for voters. With only two major parties to choose from, voters do not have to sift through a multitude of candidates and parties with different platforms and ideologies. This can make it easier for voters to understand the choices before them and make informed decisions.

Additionally, the two party system can foster a sense of stability and predictability in the political system. Because the two major parties have a long history and established support bases, they are often able to work together to form coalitions and compromise on legislation. This can help to prevent political gridlock and allow for the smooth functioning of government.

However, the two party system also has its drawbacks. One concern is that it can limit the range of viewpoints and ideas represented in the political process. With only two major parties, third parties and independent candidates may struggle to gain traction and have their voices heard. This can lead to a narrow range of viewpoints being represented and a lack of diversity in the political discourse.

Another issue is that the two party system can lead to polarizing politics, as each party tries to differentiate itself from the other and appeal to its base. This can result in a focus on wedge issues and divisive rhetoric, rather than on finding common ground and working towards the common good.

Finally, the two party system can also have an impact on the accessibility of the political process. With only two major parties, it can be difficult for outsiders to break into the political system and for new ideas to be introduced. This can lead to a lack of fresh perspectives and a perpetuation of the status quo.

Overall, while the two party system can provide some benefits in terms of simplifying the political process and fostering stability, it also has the potential to harm democracy by limiting the range of viewpoints represented, promoting polarizing politics, and making it difficult for new ideas and perspectives to be introduced.

Why is the two The only solution is to move to a community, county, or state where there is more like-mindedness to the individual position. Choosing and supporting a political party that best suits your beliefs is a crucial step in participating in the government. American democracy, although effective, is not the best democracy style for all nations; because, like many other countries, its government contains many flaws, including: its low voter turnout, two-party political parties creating division and deadlock in congress, and government positions Political Systems And Its Effect On The World In this day in age, Politics have a vast impact on the world we live in. Every governing branch in the U. The Electoral College exacerbates the winner-take-all system… Explain Why We Have Two Party Systems American populace was partitioned to two groups. 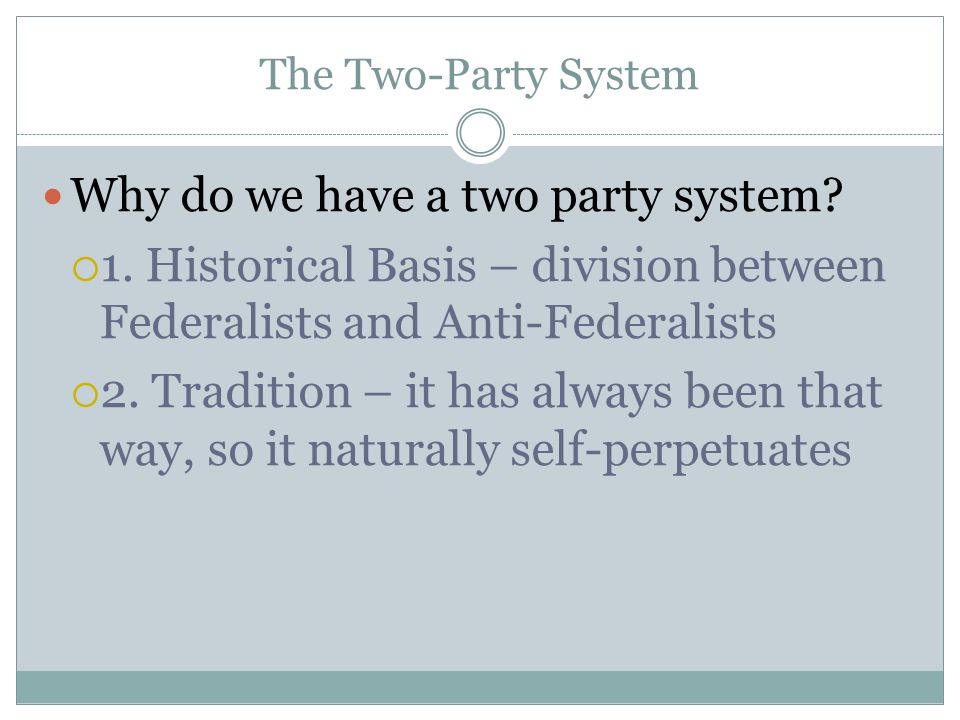 They know that their preferred party, if it achieves a majority, will push to have legislation passed that they support. Some countries use multiple-member districts, which makes it easier for minor parties to succeed because there are more members winning seats in the legislature. Unlike Major parties ready, willing, and able to take clear-cut stands on controversial issues. Governments that follow this system find themselves in a better position to serve the people. The two-party system creates fixed political views.

There are people elected to help other people understand the party that they choose to support. The advantages and disadvantages of the two-party system of politics does make it easier to vote. In a two-party system, it is somewhat common for voters to vote a straight-ticket based on their political party preference. For this reason, democracy is the cornerstone of nearly all developed nations today, including the United States. Every time the other political party gets into power, there is a changing of the guard where the priorities of the government change. 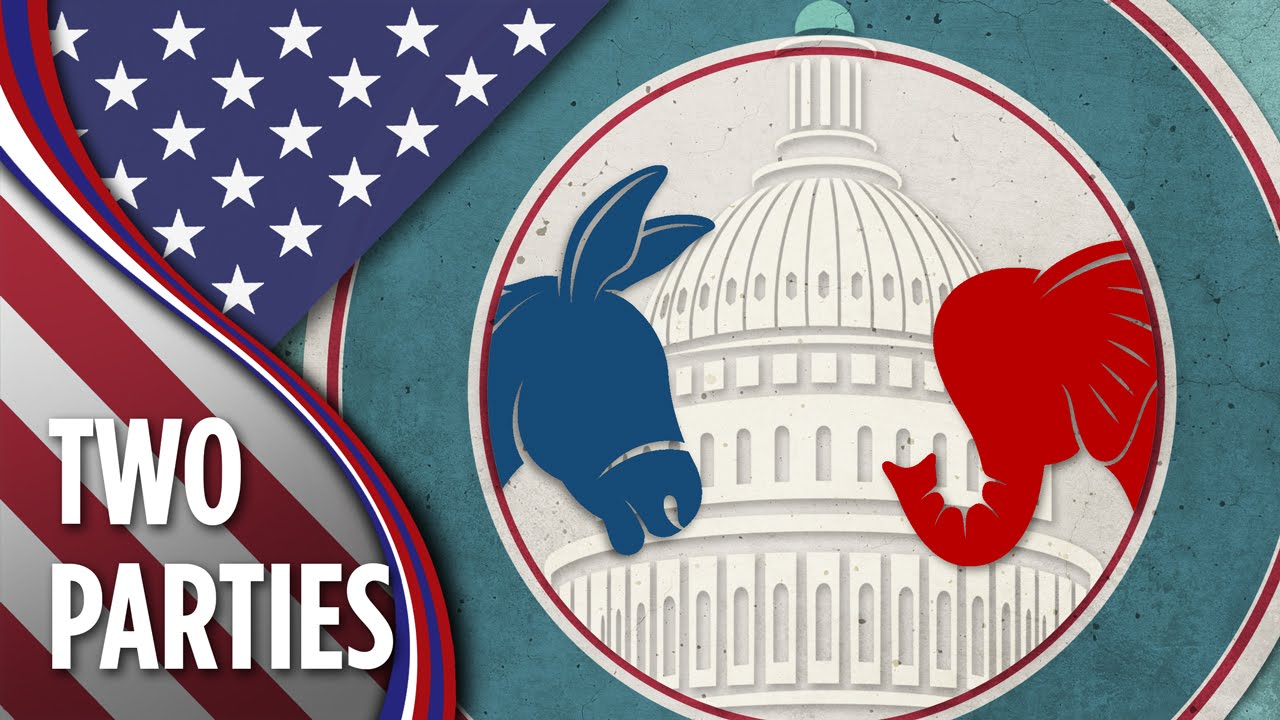 The two-party system excludes individuality. It creates a system that eliminates confusion. Yet in many places, that cornerstone is weak. A totalitarian A true, pure Democracy is one in which each indivudual has an active say in how the population is governed. It limits the amount of extremism that can form in the government. The idea behind using a specific two party system for governing is that it works to eliminate the extremism that can develop in national politics. Each district, community, or representative area can choose from one party or the other to represent their needs within a centralized government. 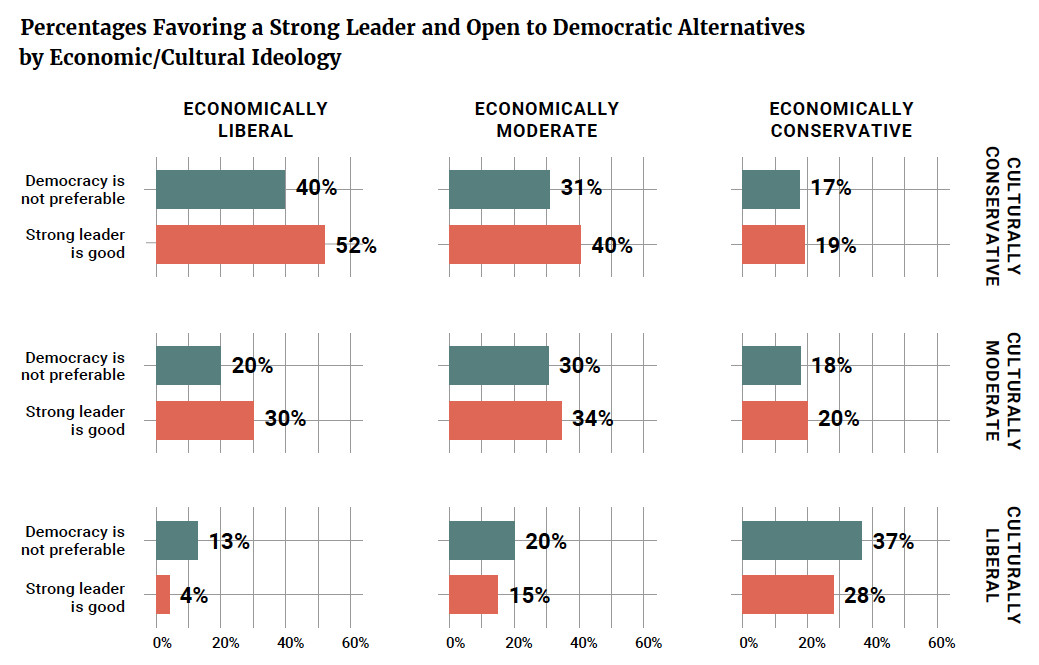 But given the evenly balanced strength of the two parties nationally, and the ways in which the Senate and the Electoral College are biased toward the rural party generally Republicans , Democrats are not likely to win decisive majorities any time soon. Liberal and ConservativePeople do not have to be strictly liberal on all issues, or conservative on all issuesYou can mix the two to form your own individual ideologyWe group them because certain viewpoints tend to naturally go togetherLiberal and ConservativeCommon Liberal CharacteristicsDesire progressive change in societyMain values: Idealism, Equality, Fairness, Personal FreedomExamples: ACLU, Sierra Club, NAACP, NOW, labor unions, Dems. You can find this approach in a wide variety of conservative vs. For example, in theUnited States, a party'spresidential nominee must choose avice-presidential candidate to accompany them on the ticket. One might argue that a political party develops in response to a series of controversial issues yet to a great extent the contradictory views of Alexander Hamilton and Thomas Jefferson over issues related to views of government, the role of government and social philosophy in foreign and domestic affairs, were primarily responsible for shaping the rise of political parties from 1783-1800. The party, which is the country's fourth-largest by membership, promotesenvironmentalism,nonviolence,social justice,participatorygrassroots democracy,feminism,LGBT rights, andanti-racism. When one party loses power in a two-party system, their policies are often reversed since the other party has a reverse view of how things should be managed. 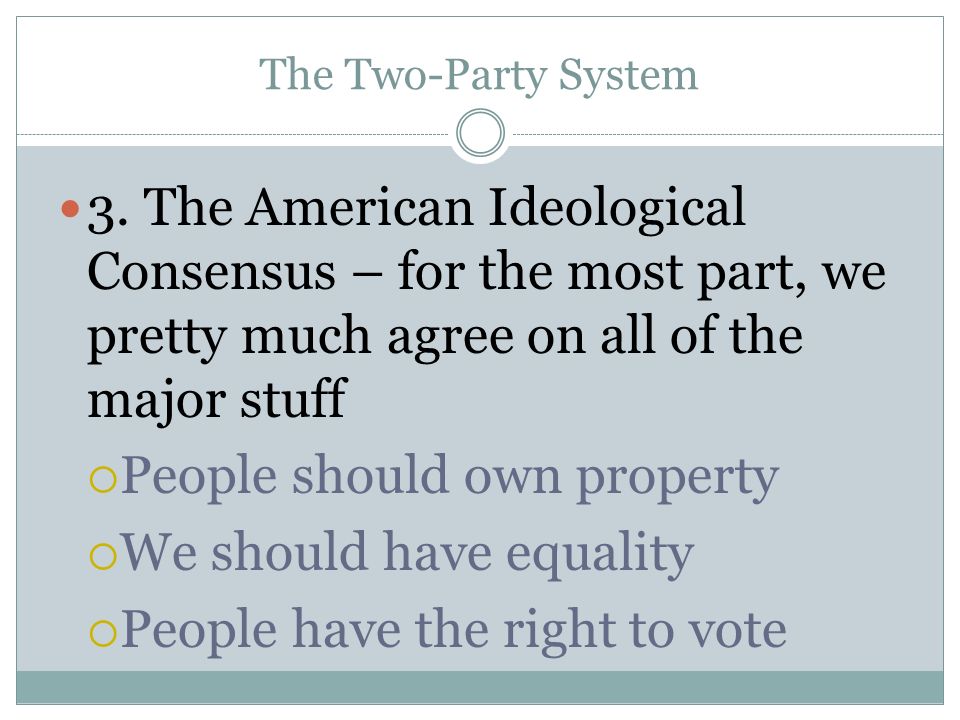 List of the Cons of a Two Party System 1. Bush Democratic Party Republican Party How Political Parties Harm Democracy Roy Young Professor Goodman PSCI 4300 U. The two party system simplifies the process of governing. A two party system can govern at the expense of the minority. NOMINATING CANDIDATESMAJOR FUNCTIONselect candidates and present them to the publicThen work to help them win elections INFORMING AND ACTIVATING SUPPORTERSInspire people to participate in political affairsHOWEVER inform and inspire people as IT THINKS they should be informedWhat are some ways parties try to win support for their candidates? Two party systems create a political structure for a country where the general population gets to choose between two specific platforms in each election. They are also topics that often cause people to form their personal belief on which party to support. Martin OMalley Former Maryland Gov. 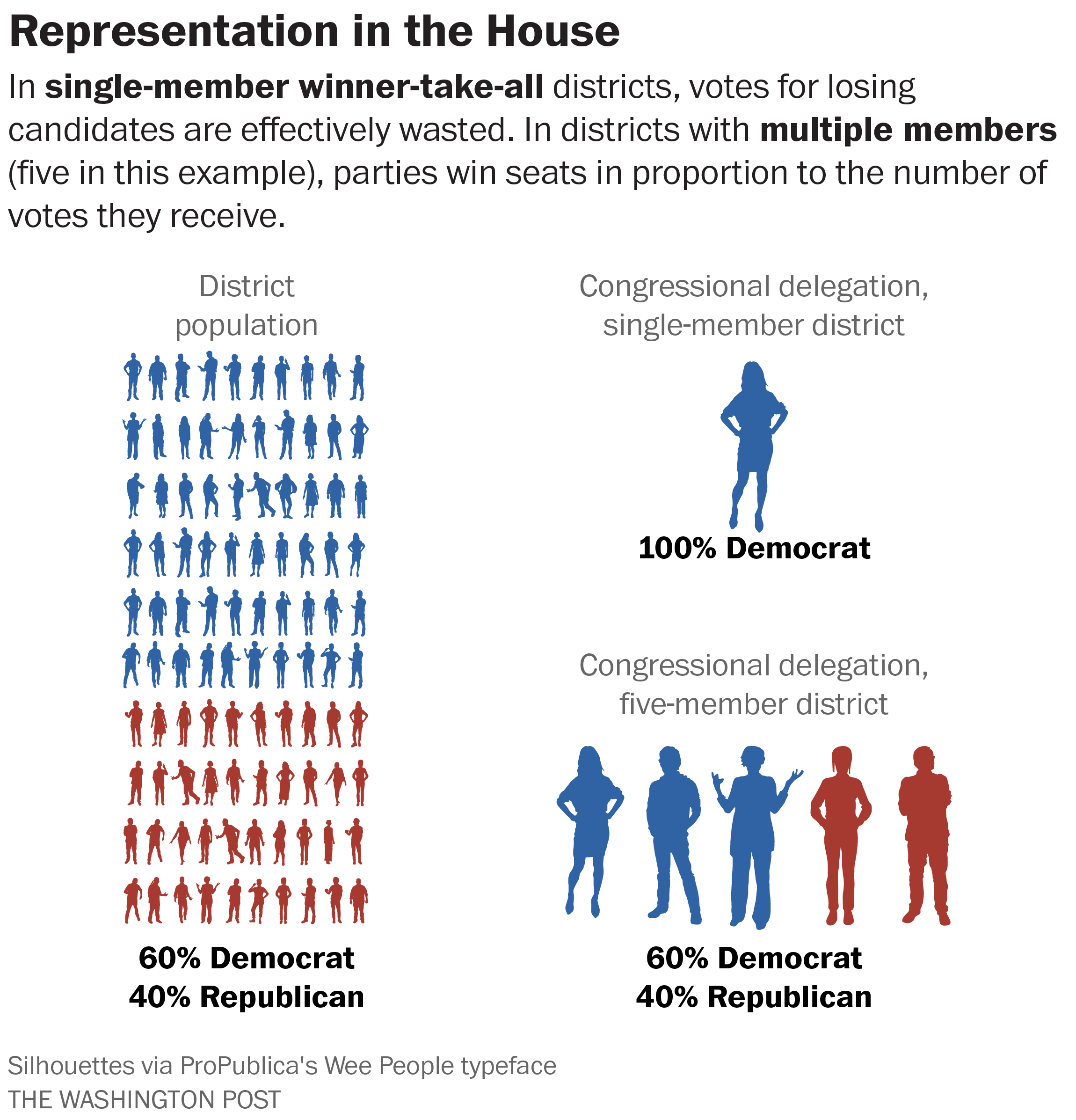 Era of Divided Government JFK 1960-1963Shot and killed by Lee Harvey OswaldVP Lyndon B Johnson takes command then wins his own election Republicans are coming back strong however with Richard Nixon. Washington, DC: CQ Press, 2011 WordPress. But the seeds for reform need to be planted first. This is a winner-take-all system because there is no reward for the party or candidate that finishes second. According to Martin P. If the government includes an elected Congress or Parliament, the parties may share power according to proportional representation or the first-past-the-post system. Federalists stronger national governmentAnti Federalists limited government 1.

Phillips George Washington warned the American people of the potential dangers of having political parties. Because there is a lack of consistency, it is challenging to create societal progress. These questions are under debate till nowadays. However, with the progression of time, political parties grew to become large all encompassing enterprises, representative only of a minority. Second, proportional, multiparty democracy is the norm among advanced democracies, and has been for over a century. The two parties also have differing stances on legal and economic ideas.

Does a two-party system help or harm democracy? These topics are examples subjects that each party has differing opinions about. In today's society, there are now two major parties. Instead of trying to create a series of unique talking points that are independent of every candidate, you must try to line up your priorities with the ones in a political party that are similar to what you have. It claims that there are two models of governing - the majoritarian model and the consensus model. Although there are two primary platforms that exist within such a system, each political party may have numerous factions that represents specific ideas in a manner that is similar to a multiple party system. The discussion in this essay is.