Elizabeth I, also known as Elizabeth the Great or the Virgin Queen, was the Queen of England and Ireland from 1558 to 1603. During her reign, England experienced a period of great cultural and economic growth, known as the Elizabethan Age or the Golden Age. This period is often considered to be a high point in English history, and Elizabeth is remembered as one of England's greatest monarchs.

Elizabeth was the daughter of Henry VIII and Anne Boleyn, and she became queen after the death of her half-sister, Queen Mary I. Elizabeth inherited a kingdom that was deeply divided and weakened by years of religious conflict and political instability. However, she was able to restore stability and prosperity to England through a combination of strong leadership, diplomatic skills, and a deep understanding of the needs and desires of her people.

One of Elizabeth's most important accomplishments was her successful navigation of the religious tensions of the time. England had recently split from the Roman Catholic Church and established the Church of England, and Elizabeth was determined to maintain the independence of the new church while also avoiding a return to the violence and persecution of the past. She achieved this through a policy of religious tolerance, allowing Catholics and Protestants to worship as they pleased as long as they did not threaten the stability of the state.

Elizabeth also oversaw significant cultural and economic developments during her reign. The Elizabethan Age was a time of great artistic and literary achievement, with playwrights like William Shakespeare and Christopher Marlowe producing some of their best-known works. The arts flourished, and the court became a center of intellectual and cultural life. The Elizabethan Age was also a time of economic growth and expansion, with England becoming a major European trading power and colonizing the New World.

Elizabeth's reign was not without challenges, however. She faced numerous threats to her throne, including plots and assassination attempts by those who opposed her rule. She also faced pressure to marry and produce an heir, which she refused to do, leading to speculation about who would succeed her. Ultimately, Elizabeth's reign ended with her death in 1603, but her legacy as a strong and effective leader has endured throughout history.

In conclusion, Elizabeth I was a remarkable monarch who transformed England into a thriving and prosperous nation during the Elizabethan Age, also known as the Golden Age. Through her strong leadership, diplomatic skills, and commitment to religious tolerance, she laid the foundation for the future success of England and earned her place as one of the country's greatest monarchs.

Elizabeth I And The Golden Age History Essay 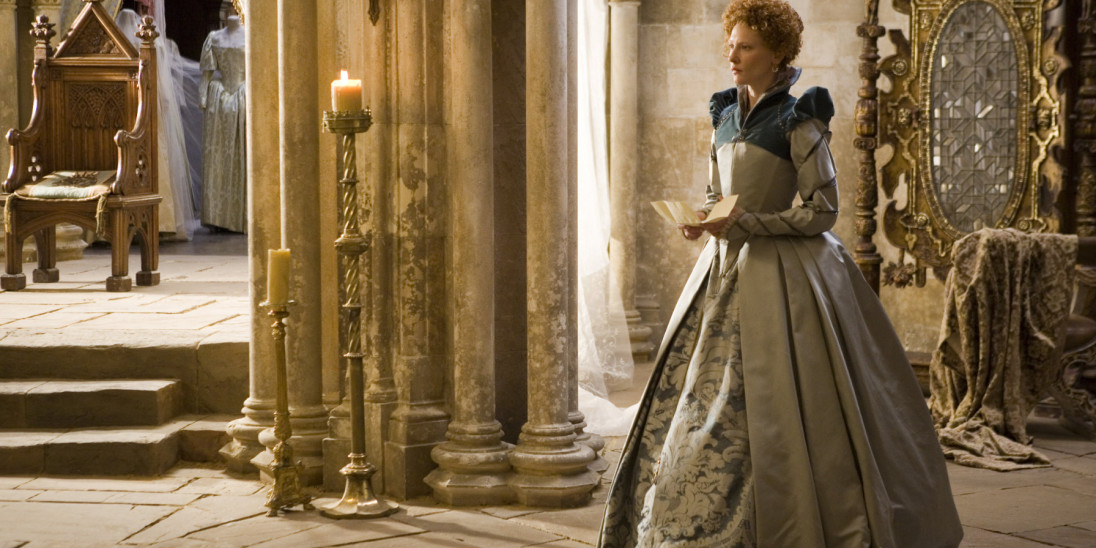 Sorry if I am a bit negative, but this was utter tosh. With a talented director, an amazing lead performance, and one of the most compelling chapters in history, "Golden Age" should have been something special. Protestantism are never touched upon. Bess reveals to Raleigh that she is pregnant with his child, and pleads with him to leave. Scientists Sir Francis Bacon and Dr. Growing keenly aware of the changing religious and political tides of late sixteenth-century Europe, Elizabeth faces an open challenge from the Spanish King Philip II, who is determined to r The reign of Queen Elizabeth I was a time of war, passion, and spectacular achievement. Just like today, the better the seat, the higher the price, but admission was available to all. 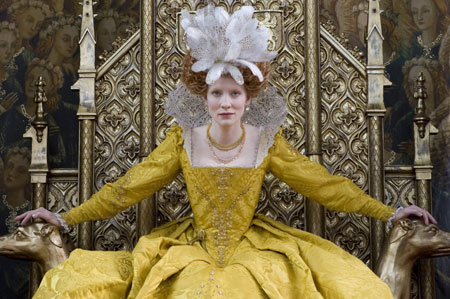 Where shall we begin our criticism? Spread of Theater Art Theater was just one of many ways that brought out a new idea in the Elizabethan era which some referred to as the Renaissance. Henry had by then severed ties with the pope in Rome and had declared himself the supreme head of the Church of England. There are interesting analogies in the film, particularly as Elizabeth adopts one life over another and allows her spirit to soar, vanquishing any negative impulses and nurture the surrogate child that her country becomes. It is pretty much the same as most of these novels are but not one of the best I've read. After the ruling of her predecessors, Henry VII and Henry VIII it opened up to a magnificent literary bloom, which has allowed the Elizabethan Age the envy and despair of newer literary time periods. Elizabeth was 55 at the time of the Spanish Armada and she was never a looker. 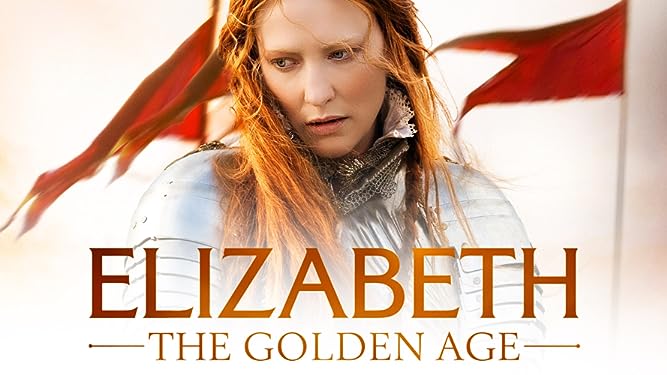 It reads like a script and moves like a movie. After the death of his father Henry VIII , Edward VI took the thrown. This film also charts Raleigh's colonizing dreams, his involvement in a love triangle, his sweeping in and out of the Queen's favor and his immense dislike for Catholics - that did historically determine his fate beyond this film's exposure. In the end the Catholic, Mary, was declared the rightful queen where she ruled London for five years, during most of which she kept her half-sister Elizabeth locked away in prison. During her reign, it was a time of relative political stability, exploration, and creativity in which art flourished. It couldn't have been any worse if they had put a cutlass between his teeth and had a parrot on his shoulder. But the golden days did not last. 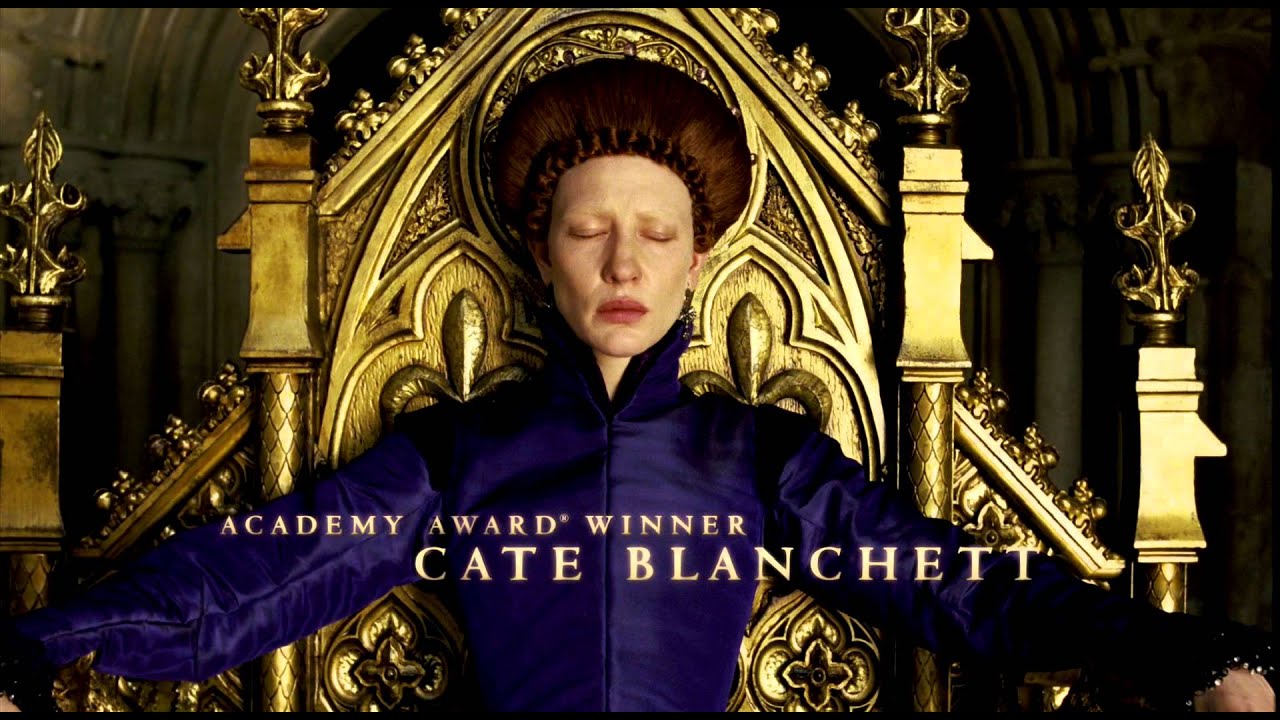 I have always so behaved myself that, under God, I have placed my chiefest strength and safeguard in the loyal hearts and good-will of my subjects; and therefore I am come amongst you, as you see, at this time, not for my Tilburg speech; My loving people We have been persuaded by some that are careful of our safety, to take heed how we commit our selves to armed multitudes, for fear of treachery; but I assure you I do not desire to live to distrust my faithful and loving people. Other nations realized that the mighty Spain could be beaten and King Phillip II was not blessed with the presence of God on his side. Elizabeth's portrayal is spot-on, but otherwise? Francis Walsingham is portrayed somewhat woodenly by Geoffrey Rush, who seemed to be going through the motions and portrayed a character who ended up as menacing as a rather sleepy sheep. Throughout the film's length we are impressed upon of the Spanish Armada's vast size and perceived invincibility. It was very light in substance. An eleven-minute making-of featurette is included, of course, but it is pretty standard with plenty of now-and-then comparisons with the 1998 film.

Also, Raleigh, better known as an explorer, was not the hero in the battle with the Spanish Armada. It even skids the fantasy genre with some of the fancy camera work that was done. The heathen Protestant Elizabeth dreads the prospect of the Catholic Mary about her ascending the English throne, leading to intrigue and divisiveness within the court. As for the film itself the costumes were quite gorgeous, but the historical inaccuracies were way overwhelming. First one and then another royal suitor came forward. However, alas, it is not there. The Spanish look grim and are dressed in dark colors. I enjoyed Tasha's novelization of the movie! With the increase of wool, the face of farming changed, bringing about the process of land enclosure, in which the traditional open field system ended in favor of creating larger closed areas of land that required fewer workers. It also didn't help matters when Boleyn was later executed for treason. Now in her early fifties, Elizabeth is vulnerable since Phillip II of Spain is intent on conquering England and especially because she has not married and produced an heir. These inn-yards, being very profitable, soon grew into full-blown theatre houses. 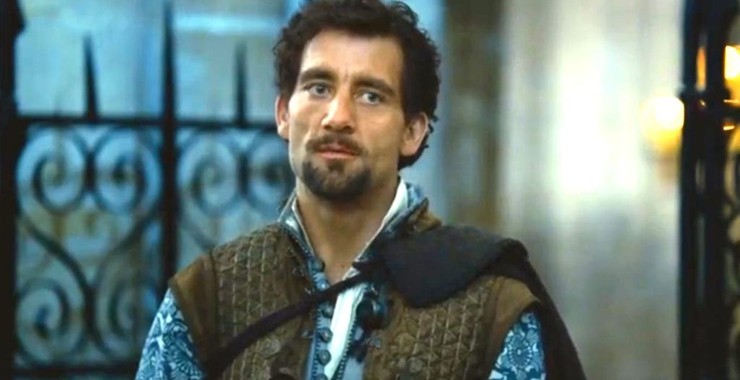 This act also allowed for both Protestant and Catholic interpretations of church tradition. Unfortunately the film's precious time is spent on side-stories that could have easily been discarded, and consequentially, not enough time is spent on the development of the main story. Placing him on a fire ship targeted at the anchored Spanish fleet is the purist fiction. She never felt the need to get married because to her the best way to serve her country was not to find a husband but to maintain and give her full attention to her country. These two aspects of wool trade and land enclosure were some of the predominant factors that contributed to the development of the English economy. There was Christopher Marlowe, made famous by his play, The Jew of Malta. 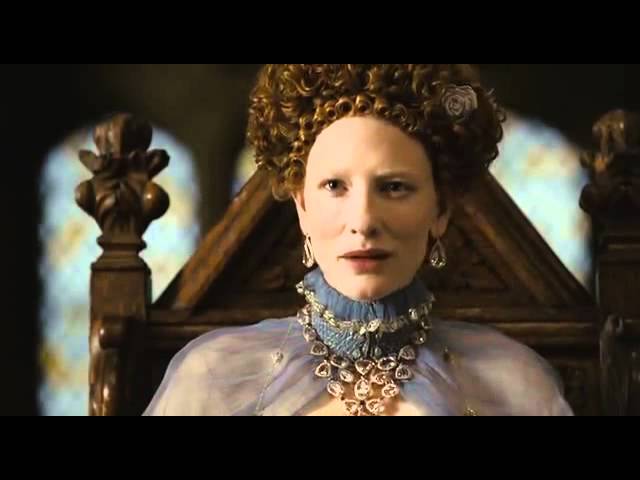 Able to perform to all different types of music was a great advantage because they could appeal to all people. Serious crimes could well resort in severe tortures. The entertainment value is pretty good and should leave a positive impression to the open public not as good the first installment , however is there another reason why we should see another retelling of Elizabeth's life? The reality was that Mary was a pretty bimbo who made bad choices when it came to men. Rebellion against English rule broke out in Ireland, and war with Spain continued. We hear Elizabeth's ministers portentously pronouncing the Spanish as unstoppable. 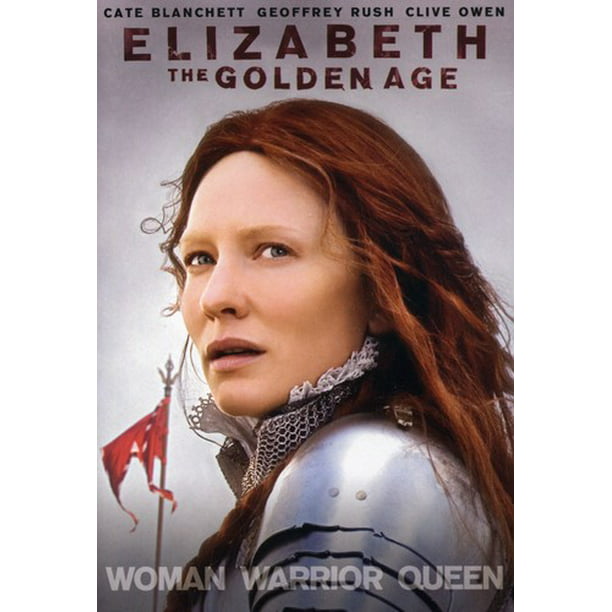 England's wool trade also began to boom during Elizabeth's Golden Age. She is known for her ability to write dialogue sp and she incorporates the British dialect so well, which is not easy to do. Chief Adviser Sir Francis Walsingham Geoffrey Rush continues to negotiate with the court affairs as he listens in on Mary's evil plots. But she's also a chief of state, internationalist, and, of course, the queen of England. He has little to say, little to do, and adds no drama to the story. Retrieved 18 January 2017.