Franklin Delano Roosevelt, also known as FDR, was the 32nd President of the United States and served four terms in office from 1933 to 1945. He is widely regarded as one of the greatest presidents in American history, and his leadership style played a significant role in his success.

One of the key characteristics of FDR's leadership style was his ability to communicate effectively with the American people. He was a master of the radio address, delivering his famous "fireside chats" directly to the public in a way that was both reassuring and informative. His ability to connect with people on a personal level was instrumental in building support for his policies and programs, particularly during the difficult times of the Great Depression and World War II.

Another aspect of FDR's leadership style was his willingness to take bold action. He was not afraid to experiment with new ideas and programs, and he was willing to try unconventional approaches if he believed they had the potential to solve problems. This was evident in his response to the Great Depression, when he implemented a range of innovative policies and programs, including the New Deal, which aimed to provide relief, recovery, and reform for the American people.

FDR was also known for his ability to build strong relationships and bring people together. He was skilled at bringing together diverse groups of people and bringing out the best in them. This was particularly evident in his efforts to form a united front during World War II, when he worked closely with other Allied leaders to defeat the Axis powers.

One of the most notable aspects of FDR's leadership style was his ability to inspire hope and optimism in the American people. Despite the many challenges he faced during his presidency, he always maintained a positive attitude and a belief in the potential of the American people to overcome adversity. This was exemplified in his famous quote, "The only thing we have to fear is fear itself."

In conclusion, Franklin Delano Roosevelt's leadership style was characterized by his ability to communicate effectively with the public, his willingness to take bold action, his ability to build strong relationships, and his ability to inspire hope and optimism in the American people. These qualities helped him to lead the country through some of its most difficult times and made him one of the most successful presidents in American history. 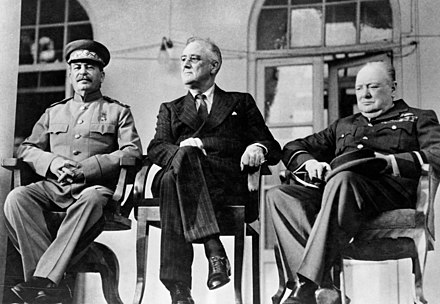 Therefore, he decided on behalf of America to contribute to the war by immediately manufacturing defense weapons to give to Britain to help defeat the dictators. Integrity makes us soldiers able to trust our peers and leaders. The newlyweds enjoyed a one-week honeymoon in Hyde Park, New York, followed by a lengthier three-month European honeymoon. Such programs as Social Security, and the Food and Drug Administration, are part of the national safety net. After that I never heard him say he was afraid of anything.

However, even with such widespread success many of Roosevelt's actions must be questioned ethically. Twelve years before he was elected to office, the President contracted polio, which would leave him paralyzed from the waist downwards. Roosevelt was willing to take risks; he implemented policies which involved significant government intervention at the expense of a budget deficit, even though he knew this would be unpopular. Both of her parents tragically died when she was a child forcing Eleanor to live with her grandmother. To interact with people he made direct contact with them through Fireside Chat. March Of Dimes Pros And Cons 1201 Words 5 Pages Debate outline I. Despite the major constraints President Roosevelt suffered Poverty Of The Great Depression the Great Depression Do you want to live in a dictatorship? He understood the value of taking the initiative and tended to complete or delegate tasks quickly. 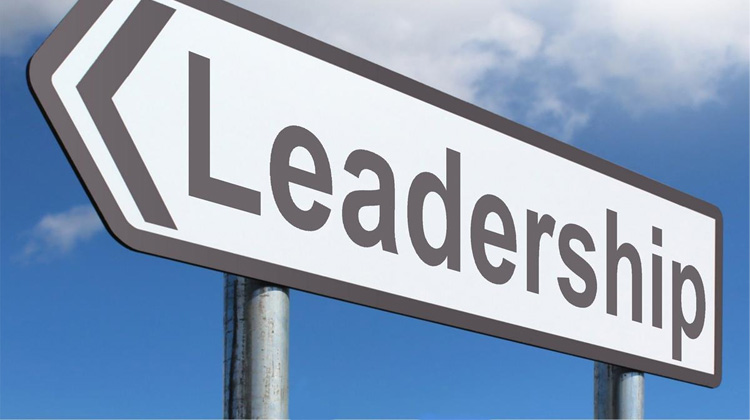 It would forevermore change his life. Self-confidence FDR was known to be extremely confident in his own opinions and decisions. The war and how FDR handled it is what makes him an excellent leader and one of the greats by many people. The logging industry flourished. But what was it about his leadership style that made him such an effective president? Leaders tended to demonstrate either the traditional approach by asserting power, as well-known in the examples of dictators such as Hitler, Stalin, and Mussolini. This led plenty of individuals to become homeless and live in a state of poverty.

This concept allows individuals to stand for what they believe in and demonstrates to a community how to work together to form a union. It is common sense to take a method and try it: If it fails, admit it frankly and try another. The Great Depression had occurred when the stock market crashed, which resulted in a decrease of consumer spending and that meant less production were meant to be made; many people lost their jobs due to it. However, the two theories at a point tend to disagree as one encourages cooperation among leaders from within their region and beyond while the other does not promote cooperation between leaders. Teddy was a very active man constantly doing something like reading, hunting or boxing even while serving as president. Adaptive leadership relies on the stakeholders to achieve the intended success; President Franklin Roosevelt had to involve various stakeholders in the U. Franklin Roosevelt incorporated the two ideas in his leadership style, which in the end produced results.

Franklin D. Roosevelt, his style of leadership and his administration Essay [519 Words] GradeMiners 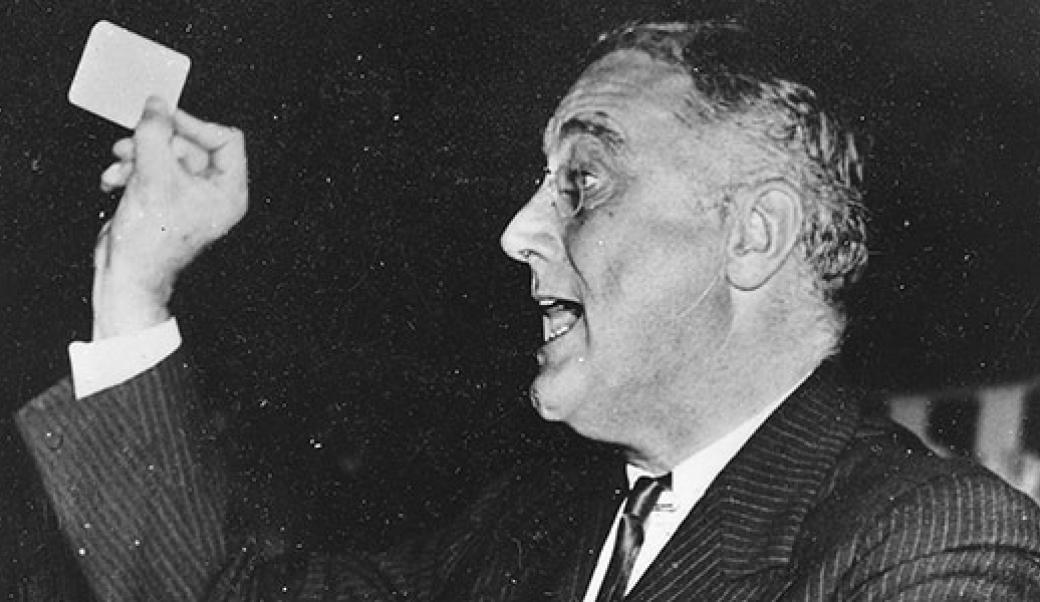 When faced with a crisis, most leaders weigh the possible outcomes of the decisions they are yet to take. Of course, some of this was the product of circumstances; the Great Depression and the rise of Germany and Japan were beyond FDR's control. Therefore, adaptable mixed leadership is the solution to such competitors since the style is characterized by urgency, political uncertainties, and high stakes. I gave to audiences what belonged to my children, got back from audiences the love my children longed to give me. Our economy raised in profits from our industry. With the end of the Second World War, the system went a rapid change in the manner that countries formulated foreign policies and the approach they gave to diplomatic leadership.

I feel this is important in a leadership role as it enables the leader to be viewed as likable and trusted. Letting Her Actions Speak Louder Than Her Words Above all, ER was a leader who took action. With the end of the wars and the exemplary leadership of FDR, the UAE provided the U. The two formed an egalitarian alliance of sorts which entirely shifted the dynamics of their marriage and its reason for existence. Roosevelt is the only American president to be elected to four terms. He uncoupled the chains of command. That is quite strange to hear since he was the 26th President of the United States. Roosevelt establishing a relationship between her husband and the American people. The attendance of their shared famous relative, former president Theodore Roosevelt, made their wedding headline news. Farm income plummeted 60 percent. Roosevelt was optimistic and courageous. Leadership FDR possessed transformational leadership. In 1910, FDR was elected to serve in the New York State Senate.

What made Franklin D Roosevelt a great leader? 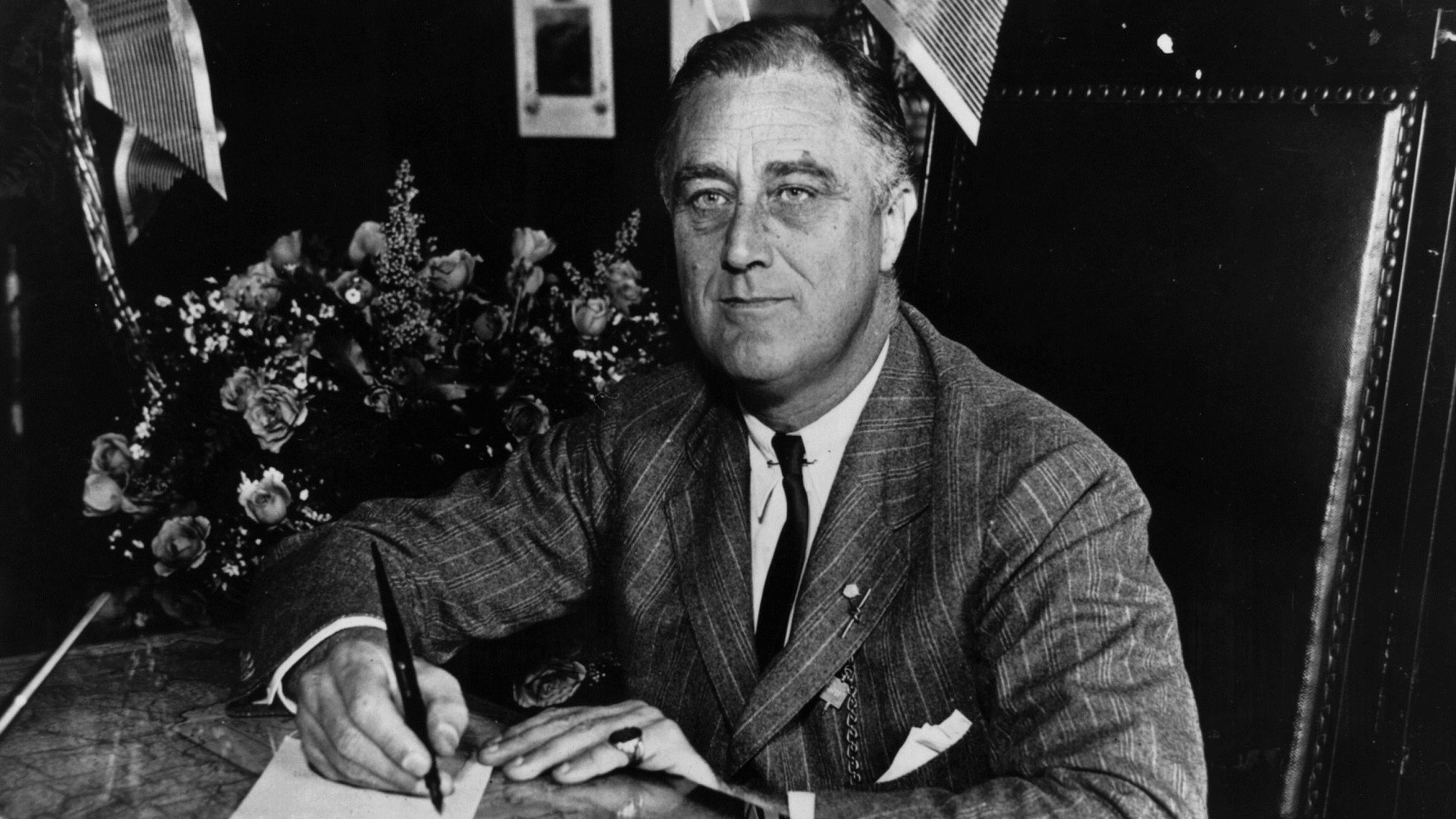 Many of the peacekeeping presidents tend to blend into the background, and so the onset of World War II actually helped FDR stake his claim as one of the greats. Roosevelt's Leadership and European Affairs. A combination of him not wanting to be in the war and him wanting to be in the war is what made this a strategic approach to the war itself. The theories endeavor to create a win-win situation in the process of solving a crisis. Encouraging Women to Become More Involved in Media She penned magazine columns, wrote articles, and hosted radio programs. Those who possess integrity consistently follow clear principles. His close friend and Secretary of War, William Taft, succeeded him.

There is no question as to the impact FDR had on the nation during his presidency. In natural selection, Horgan says that leaders should have a passive response adaptation, as in the case of Franklin Roosevelt. The New Deal by President Franklin Roosevelt was influential during the Great Depression for good or bad reasons; considering the welfare of citizens who had retired was one major success of the program as well as creating jobs for the citizens. He once said he had read tens of thousands of books during his lifetime, and according to sources close to him, he would read up to 3 books every day. Relationships were crucial to him. FDR was born on January 30, 1882 as the only child of wealthy parents, James Roosevelt and Sara Ann Delano Roosevelt Biography.

Eleanor Roosevelt and Her Legacy of Leadership

The result of the war would see powers shifting from a nation to the other; the time of war had negative impacts on the economies of most countries that participated in the war and those that did not. His love for reading began in his early years, when his asthma confined him to bed. Integrity directly connects to the other Army Values of Loyalty, Duty and Honor, because without trustworthiness your loyalty to your team and your commitment to the mission will always be in question. All of these things makes his character stand out among all the rest of the presidents. Shortly before his death, it became clear that the U.