One of the earliest proponents of industrial management was the Scottish engineer, Charles Babbage. Babbage believed that the production process could be made more efficient through the use of machines and the division of labor. He proposed the use of punched cards to control the operation of machines, which later became the basis for modern computers.

Another early pioneer in industrial management was Frederick Winslow Taylor. Taylor is often referred to as the "father of scientific management," as he developed a series of principles for optimizing the efficiency of the production process. Taylor believed that by studying the work of individual workers and breaking down tasks into smaller, more manageable units, productivity could be increased. He also proposed the use of time and motion studies to analyze and improve the efficiency of the production process.

During the 20th century, industrial management continued to evolve with the development of new technologies and the emergence of new management theories. The principles of scientific management were further developed by Henry Gantt, who introduced the concept of task and bonus pay, and by Frank and Lillian Gilbreth, who studied the work of bricklayers and developed the idea of "therbligs," which are basic elements of motion that can be used to improve efficiency.

In the post-World War II period, the management theory known as "just-in-time" production emerged in Japan. This approach emphasized the importance of reducing waste and inventory in the production process and relied on a system of continuous improvement known as "kaizen." Just-in-time production was later adopted by companies around the world and became a key element of modern industrial management.

Today, industrial management continues to evolve with the development of new technologies such as automation and artificial intelligence. These technologies have the potential to further streamline the production process and increase efficiency, but they also raise new challenges for industrial managers, such as the need to retrain and upskill workers in the face of automation.

Overall, the history of industrial management reflects a continuous effort to optimize the efficiency of the production process and respond to the changing needs of businesses and consumers. As the world continues to evolve, industrial management will undoubtedly continue to adapt and innovate to meet the challenges of the future.

What is Industrial Management, Its Importance, Types, Scope, Process, Example 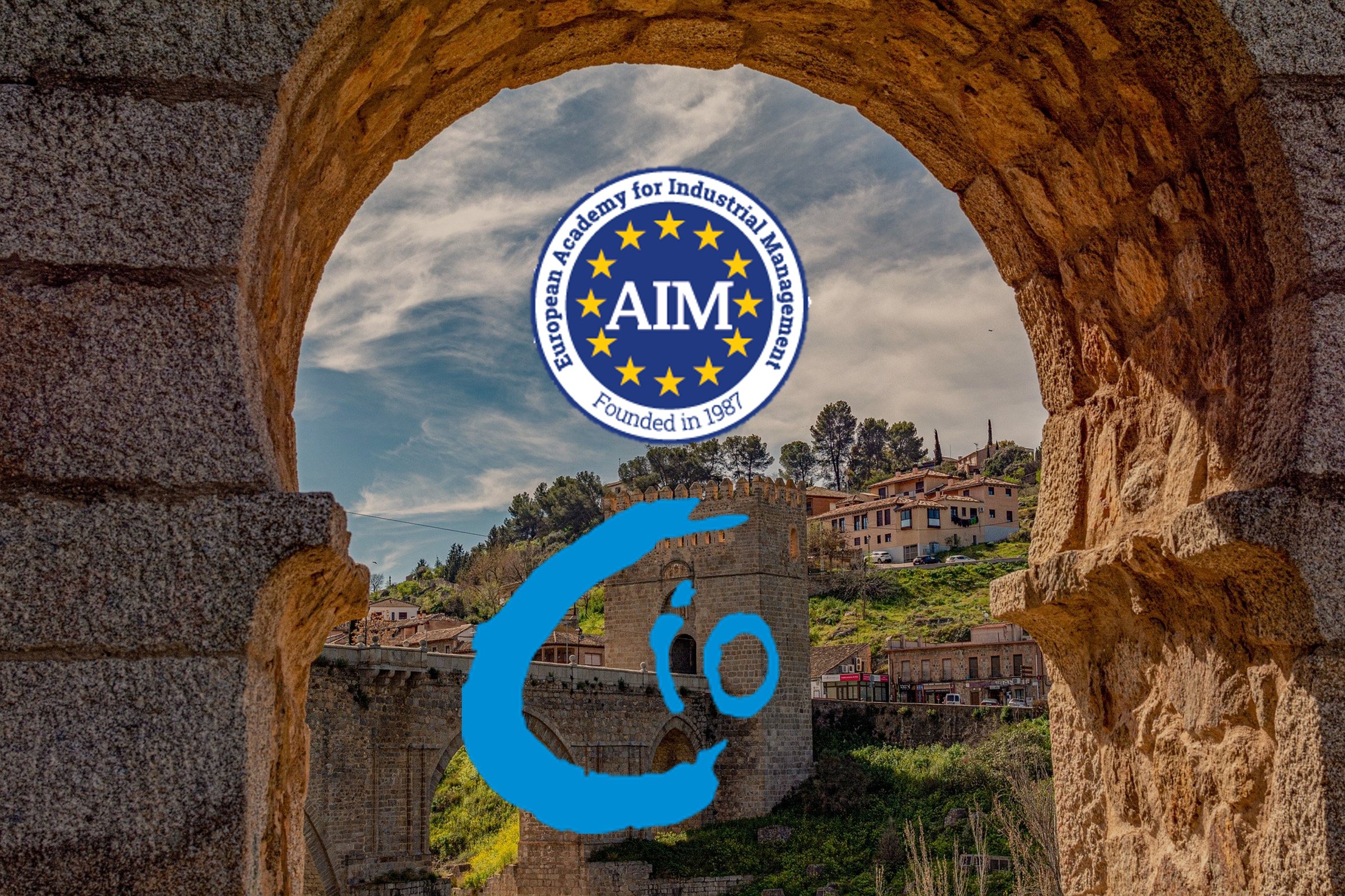 Adjustment handles should be designed to maximize the operator's mechanical advantage. Government tries to protect the interests of both the employees and employers. Industrial management also involves studying the performance of machines as well as people. All policies and rules relating to industrial relations should be clear to everybody in the enterprise and to the union leaders. Labourers get an opportunity to influence managerial decision through the medium of these committees. The organizations become less country specific, and they cannot identify themselves with one country.

The history of Industrial

Managing cross national diversity refers to managing the interface between people of two countries such as that between expatriates and host country nationals. What is industrial maintenance? VRS schemes are loaded with emotional baggage — affecting the sentiments of workers in a bad way. He is the originator of the Gantt chart, currently the most popular chart used in scheduling of work. The ethnic mix of workforce due to entrance of multinationals and foreign companies with their people into India posed a challenge to manage the diversified international cultures. All these measures help in preventing and settling industrial disputes and thus in establishing industrial peace.

The History of Business Management 1800s

Knowledge began accumulating about what worked in organizational management. This is not to say that projects were dramatically different to earlier years. A 1992 publication by the OECD called on workers to play a greater role in pollution prevention. Chief among these is the phenomenon of It appears that the concept of Industrial Symbiosis was not new for the field of economic geography, since the same categorization is used by Walter G. In order to establish healthy labour — management relations following conditions must be fulfilled: i Existence of strong, responsible and democratic trade unions. Some of the applications of OR in the social sciences are economic in nature, including research into labor costs and market demand under different conditions, capital budgeting and expansion for the public sector, and budget allocation.

The History Of Industrial Engineering 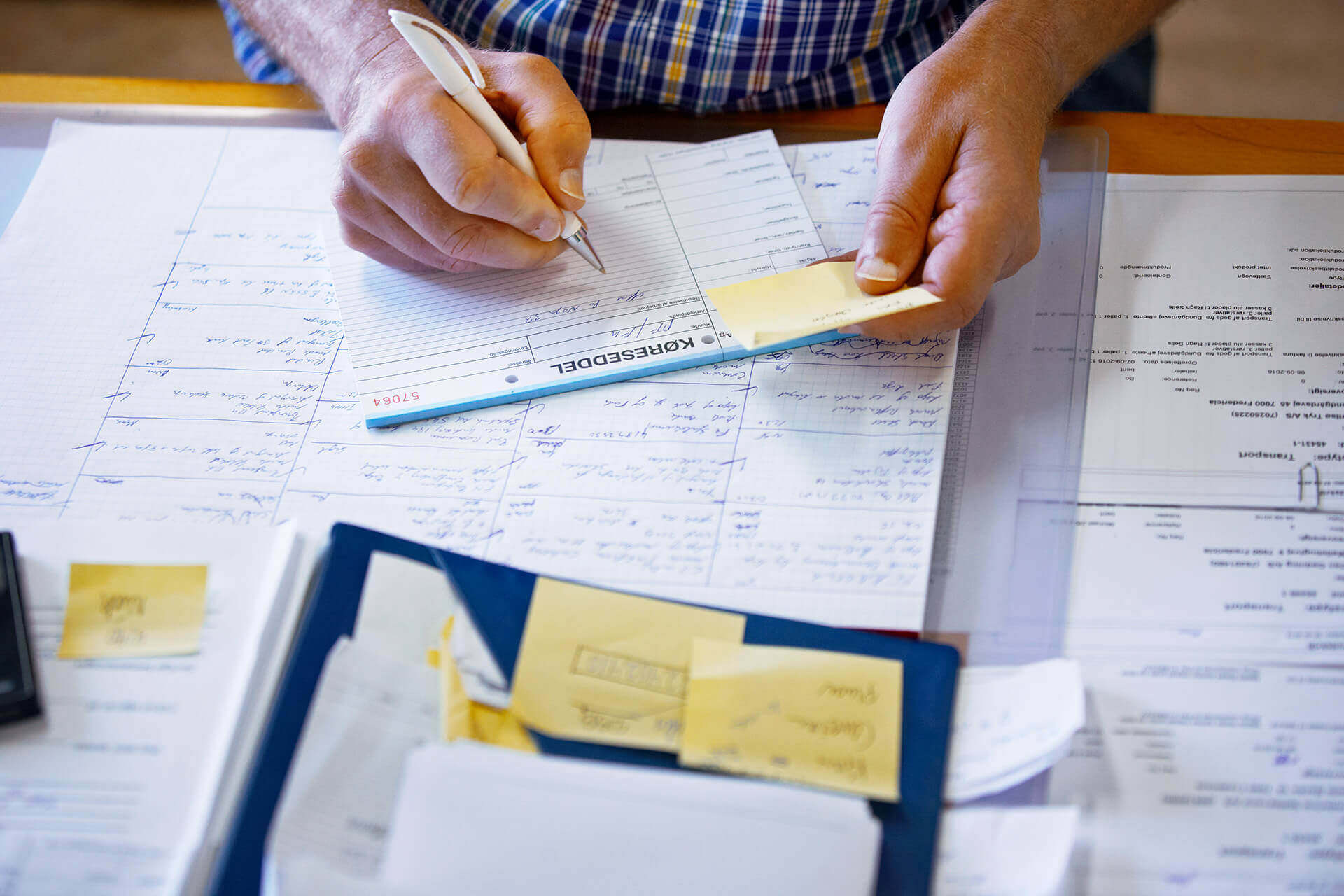 In addition, the punctilious 19th century deliberations on the feasibility of scientific social experimentation amply testify to intense motivation. He also managing crisis in changed situation, correcting warning of mistakes on the part of line managers. Nowadays, we know that a strong respected and widely recognized HR Organization makes a difference. The theory groups categories of human needs into a pyramid, with the idea that employees must satisfy lower-level needs before they are motivated to fulfill higher-level needs. Perhaps for this reason the management of a number of industrial companies have set up company—contractor alliances to carry out their maintenance work. Managing Diversified Cultures : In the recent past, managing diversity has emerged as a strategic challenge in the area of the human resource management due to globalisation. Managing diversity can be classified into two broad categories, viz. 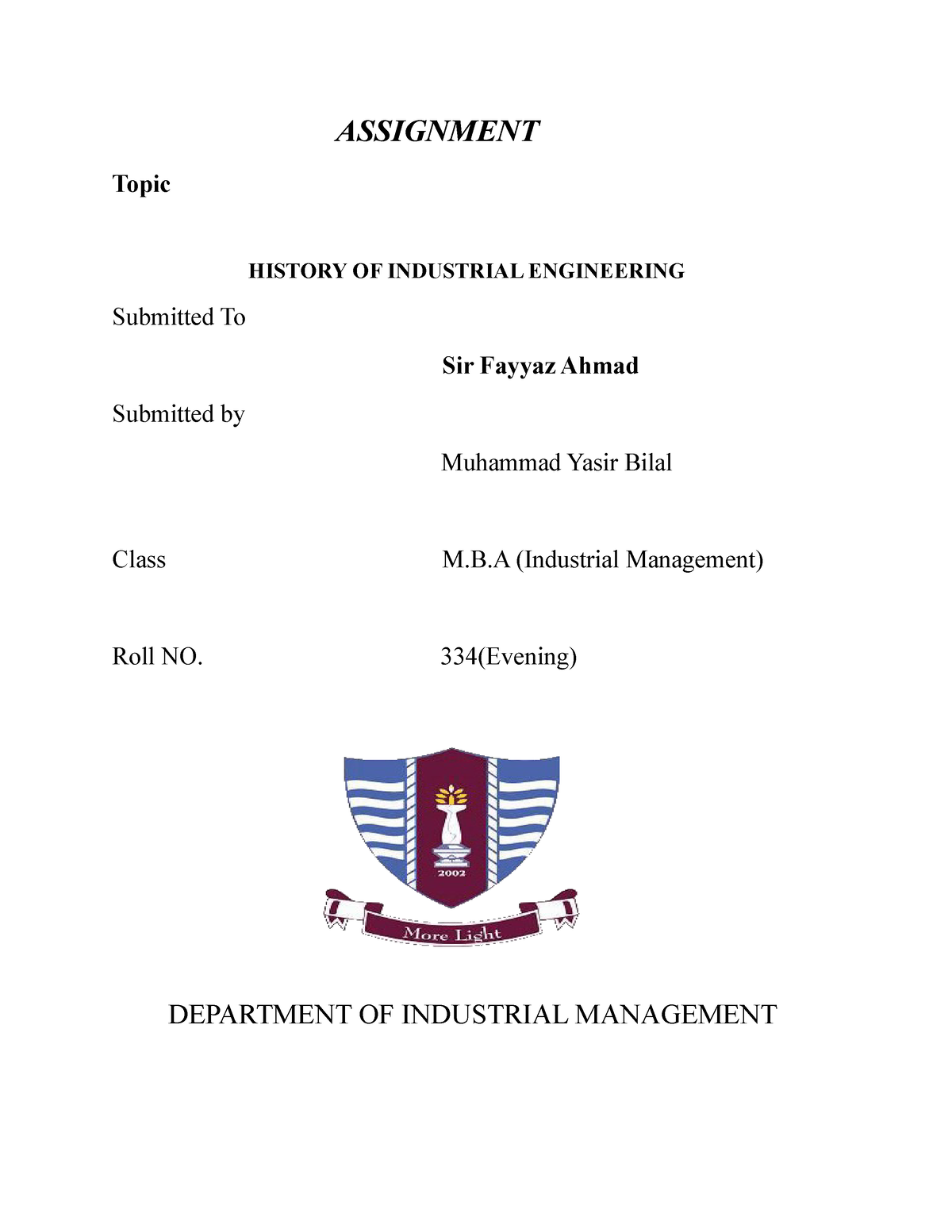 The existence of strong, independent, responsible, democratic trade unions, the promotion of collective bargaining — a fair and independent machinery for the peaceful settlement of industrial disputes — the existence of good human relations, lack of any kind of discrimination are certainly essential for a healthy industrial relations situation. From the 1960s to the mid-1990s industrial management used an internal labor force and engineering staff to carry out their maintenance. Industrial Relations — 8 Important Objectives: Create Mutual Faith and Trust, Settle Industrial Disputes, Full Employment, Develop Industrial Democracy and a Few Others Important objectives of industrial relations are as under: Objective 1. It is patent that modern Industrial Ecology requires more such adaptive mobility than does traditional folk-village organization. The idea of ethics in management came to the forefront in 1995, and along with this change, the view of employees shifted from costs to assets.

The factories hired thousands of workers, who worked up to 16 hours a day. We are also grappling with widespread dissatisfaction with the institutions that have been built to date, many of which were designed for the business-as-machine era. That is a book about Human Resources Management. Modern technological devices, particularly in the areas of computer, electronics, thermodynamics and mechanics have made automatic and semiautomatic machines a reality. Specialists are employed to keep machines in good working condition and to ensure the quality of their production. Industrial relations involve attempts to arrive at workable solutions between the conflicting objectives of profit motive and social gains, of discipline and freedom, of authority and industrial democracy and of bargaining and cooperation.

Charts are used for recording the accomplishment of both workers and machines and for comparing them with established standards. Workers have come to realise that the protective cover extended by trade unions does not exist anymore. Toward these ends, participants co-construct, test, and improve evolving theories about particular experiences and situated interpretations. Companies that fail to reduce their set times have a tendency to look lazy in relation to their customers. Some corporations permit employees to buy stock; others make provision for employee representation on the board of directors or on the shop grievance committee. Several economic, social, psychological, technological and political facts are responsible for poor industrial relation.

The Evolution of Industrial Maintenance

It led to separation of ownership from management of factories. The government may constitute Evaluation and Implementation Committee to penalise those industries which fail to implement labour laws, awards, etc. After this, they moved to study the environment of the workplace and it's effect on the workers performance. In a contrast to older manufacturing techniques where a worker was responsible for assembling only one part of the car, group assembly gave a group of workers the responsibility for assembling an entire car. When a new article is to be manufactured it is given a design that will make it suitable for machine production, and each step in its manufacture is planned, including the machines and materials to be used. To Increase Production: Good industrial relations boost the production and improve both the quality and the quantity of the goods produced.

A Timeline of the History of Business Management

Soon after 1910 American firms established the first personnel departments, and eventually some of the larger companies took the lead in creating environments conducive to worker efficiency. In Pedagogy of the Oppressed 1970 , Paulo Freire advanced similar ideas through highlighting the potential of education as a political tool for stimulating the consciousness of oppressed people. She built her theory from the perspective of human relations. . They have to find values that energize employees around the Globe. 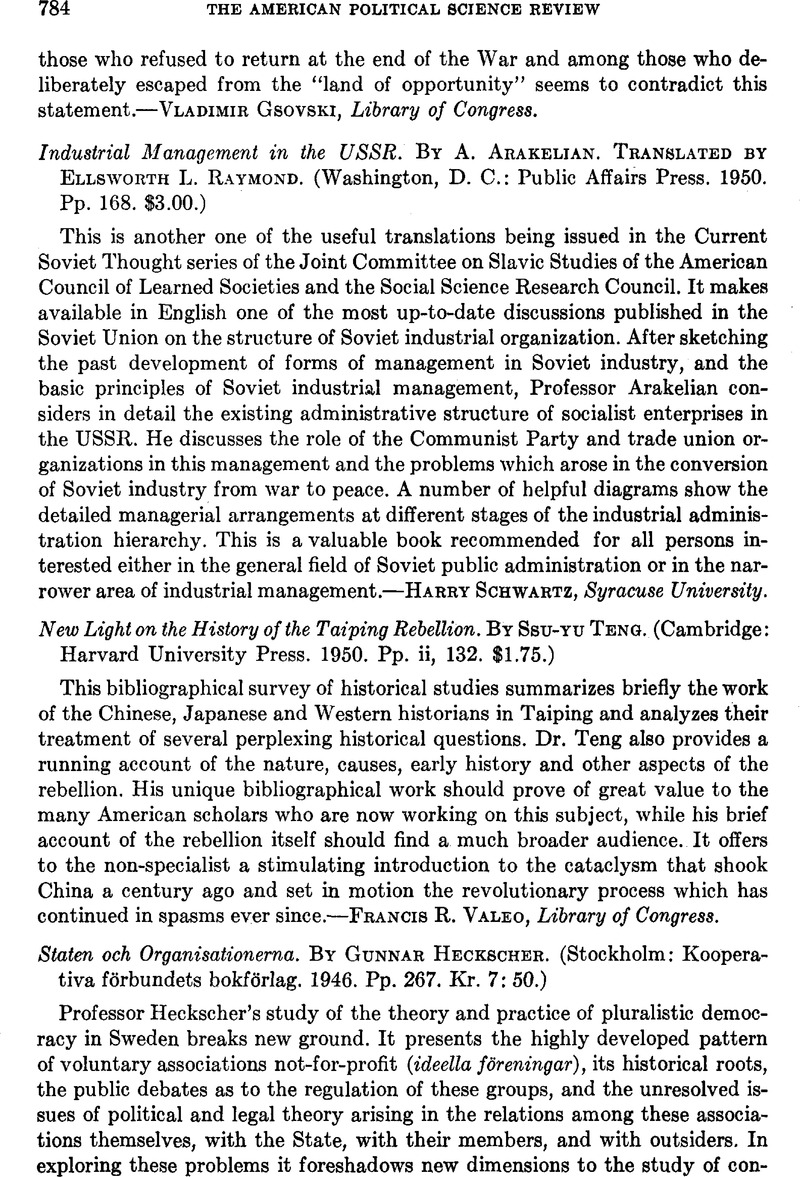 The informal cohesive group can thus control the norms of the amount of work acceptable to the group, i. Managing international diversity on the other hand, refers to, coping with the realities of an increasingly diverse, both ethnic, and gender-wise, workforce in a given country. A firm is not only a working organisation with a working purpose. To Solve Labour Problems: Good industrial relations aim at minimising labour problems, such as strikes, lock-outs, gheraos etc. The government adopt the legislative and administrative organs to changes in social ideals and norms.