John Maynard Keynes, also known as Lord Keynes, was a British economist and influential figure in the field of economics. He is best known for his theory of Keynesian economics, which argues that government intervention in the economy, including fiscal policy and monetary policy, is necessary to stimulate demand and promote economic growth.

Keynes was born in Cambridge, England in 1883. He attended Eton College and later studied mathematics, classics, and economics at King's College, Cambridge. After graduation, he worked as a civil servant and later became a professor of economics at the University of Cambridge.

Keynes's most famous work, "The General Theory of Employment, Interest, and Money," was published in 1936, during the Great Depression. In this book, Keynes argued that the economy is driven by demand and that, during times of economic downturn, the government should step in to stimulate demand through fiscal and monetary policy. Specifically, he argued that the government should increase spending and reduce taxes to stimulate demand and encourage economic growth.

Keynes's ideas were controversial at the time, but they eventually gained widespread acceptance and became the dominant economic theory for much of the 20th century. His ideas were implemented in many countries, including the United States, where President Franklin D. Roosevelt's New Deal policies were heavily influenced by Keynesian economics.

Keynes's theories have continued to be influential in modern economics and are still used by governments around the world to shape economic policy. However, his ideas have also been criticized for potentially leading to government interference in the economy and for potentially promoting inflation.

Overall, Lord Keynes played a significant role in shaping modern economic thought and policy and his ideas continue to be debated and discussed by economists today. 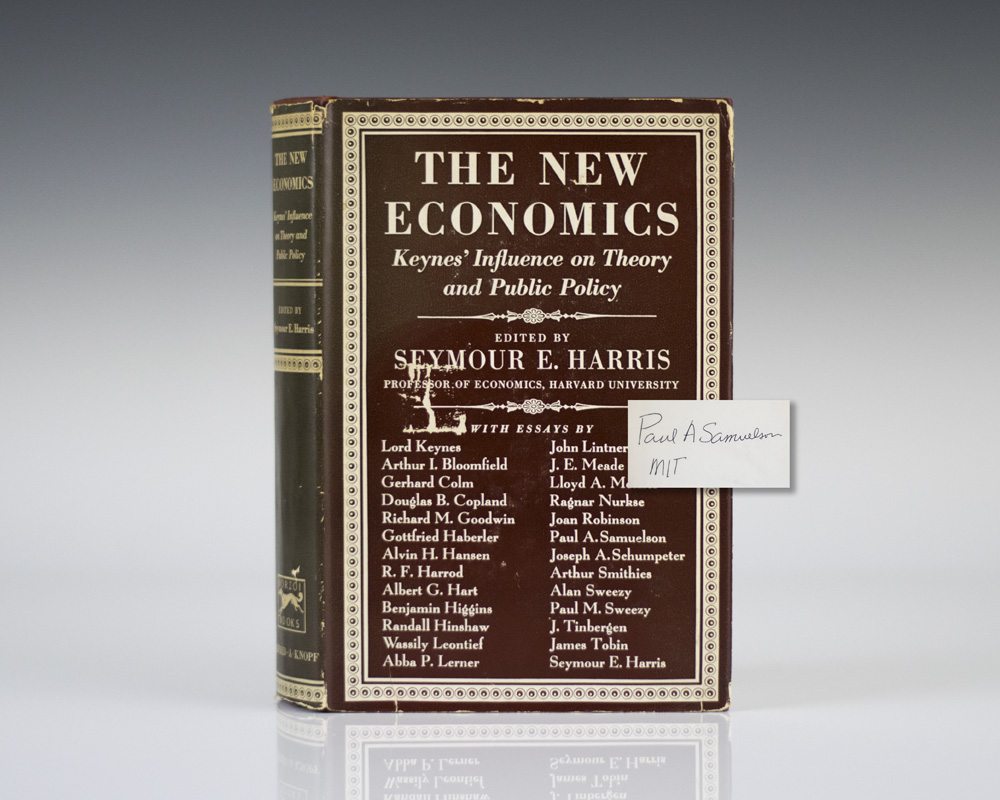 After four years of terrible attrition, Germany no longer had the men or resources to resist the Allies, who had been given a tremendous boost by the infusion of American manpower and supplies. The reasons for his opposition were set forth in a book, "The Economic Consequences of the Peace," published in 1919, and included his premise that the reparations clauses were too severe and that other measures in the treaty were equally unwise. The book became a benchmark for future economic thought and laid the foundation for Keynesian principles that have sustained till date. However, the economic school of thought he founded has left one indelible stamp on modern nations: the idea that governments have a role to play in business—even in capitalist economies. His age was 63.

Lord Keynes' first position was as a minor official in the Revenue Department of the India Office, where he remained two years, then returned to Cambridge to teach and in 1912 became editor of The Economic Journal, a post he held throughout his life. He has worked more than 13 years in both public and private accounting jobs and more than four years licensed as an insurance producer. This would lead to a rise in unemployment. On returning to England, he suffered from yet another heart attack on April 21, 1946, which caused his death. Suas ideias sobre estes assuntos foram oferecidos em um panfleto Como Pagar a Guerra, publicado em 1940, e no "Plano Keynes" para o estabelecimento de uma autoridade monetária internacional que ele propôs em 1943. Go to another day.

Seven things you may not know about John Maynard Keynes 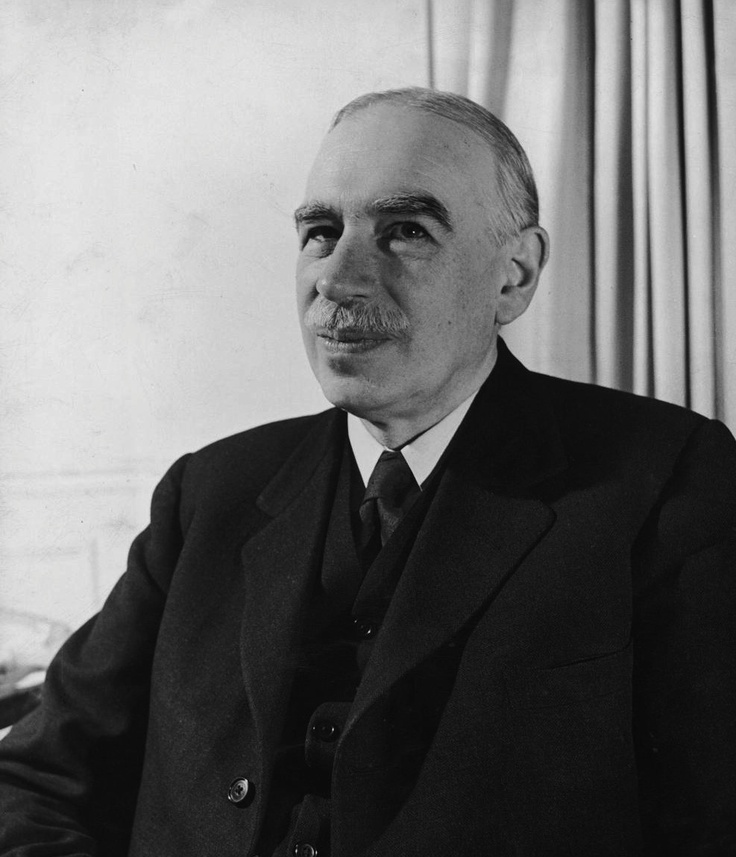 Once more, both its totemic significance to liberals and its impact on politicians and academics are undoubted, regardless of what Keynes may have meant or said. Criticism of His Book Referring to that period, Kingsley Martin, editor of The New Statesman and Nation, a British publication, wrote several years ago: "Those who knew nothing of economics could appreciate, if only from quotations in the press, Mr. São bastante discutíveis as razões pelas quais a eficiência marginal do capital deve ser necessariamente decrescente conforme o volume de investimento. He must be purposeful and disinterested in a simultaneous mood, as aloof and incorruptible as an artist, yet sometimes as near to earth as a politician. Indeed, the world is ruled by little else. 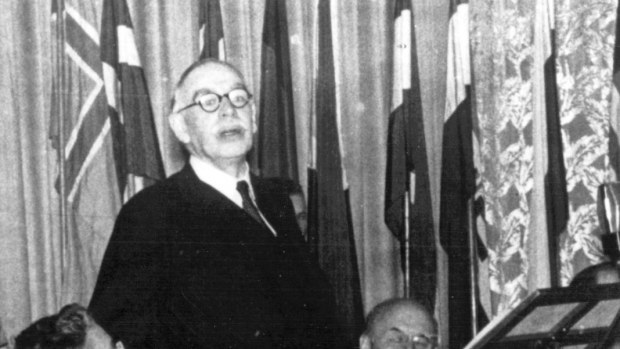 As a forerunner to matters taken up at Bretton Woods, N. By this method they not only confiscate, but they confiscate arbitrarily; and, while the process impoverishes many, it actually enriches some. This page is best viewed in an up-to-date web browser with style sheets CSS enabled. He became a prominent arts patron and board member of a number of companies. Even if we need a religion, how can we find it in the turbid rubbish of the red bookshop? However, the hero of great depression was forgotten in the country he helped to rescue.

It had lost its way; the way JM Keynes had shown. Pois, a incerteza é uma característica intrínseca do sistema capitalista. A partir da crise de 1929, registando o empenho das autoridades britânicas em defender a paridade do ouro da libra esterlina e a rigidez dos salários nominais, ele adoptou gradualmente medidas proteccionistas. Of note, throughout his academic career, he excelled at mathematics—and he had almost no formal training in economics. Em vez da especialização das economias defendida pela teoria Ricardiana da vantagem comparativa, prefere a manutenção de uma diversidade de actividades para as nações. His orientation was towards other men, but at the age of 38 he began a mutually satisfying affair with the ballerina 4. John Maynard Keynes was born on 5 June 1883 in Cambridge into a well-to-do academic family.

Who Was John Maynard Keynes & What Is Keynesian Economics? 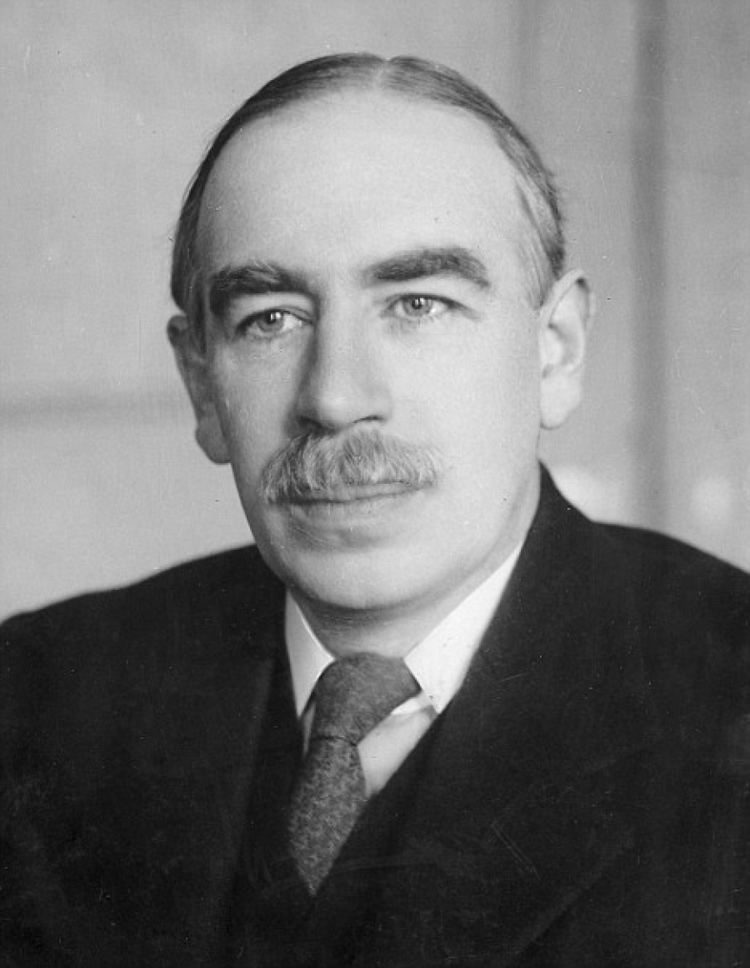 President READ MORE: In January 1919, John Maynard Keynes traveled to the Paris Peace Conference as the chief representative of the British Treasury. Thereafter he worked on what became The General Theory of Employment, Interest and Money 1936. Lenin was certainly right. She was eleven years younger than her husband and had been married previously to Randolpho Barrocki, her ballet manager, in the United States. Indeed, it is arguable that reactions to Keynes have more often reflected a reaction to his style and image rather than his ideas. Thereafter, he spent two years at the university campus, taking part in debates, studying philosophy and informally attending economics lectures as a graduate student for a term.

Legacy Since the 1930s, the popularity of Keynesian economics has risen and fallen, and the theories have undergone considerable revision since Keynes' day. His proposal of government running on budget deficit was highly criticized by certain economics, who accused Keynes of supporting irresponsible governance. There is no possibility of balancing the budget except by increasing the national income, which is the same thing as increasing employment. He is regarded as the founder of macroeconomics. He served as the leader of the British delegation and chairman of the World Bank commission in the 1944 Bretton Woods conference. He excelled academically at Eton as well as Cambridge University, where he studied mathematics. 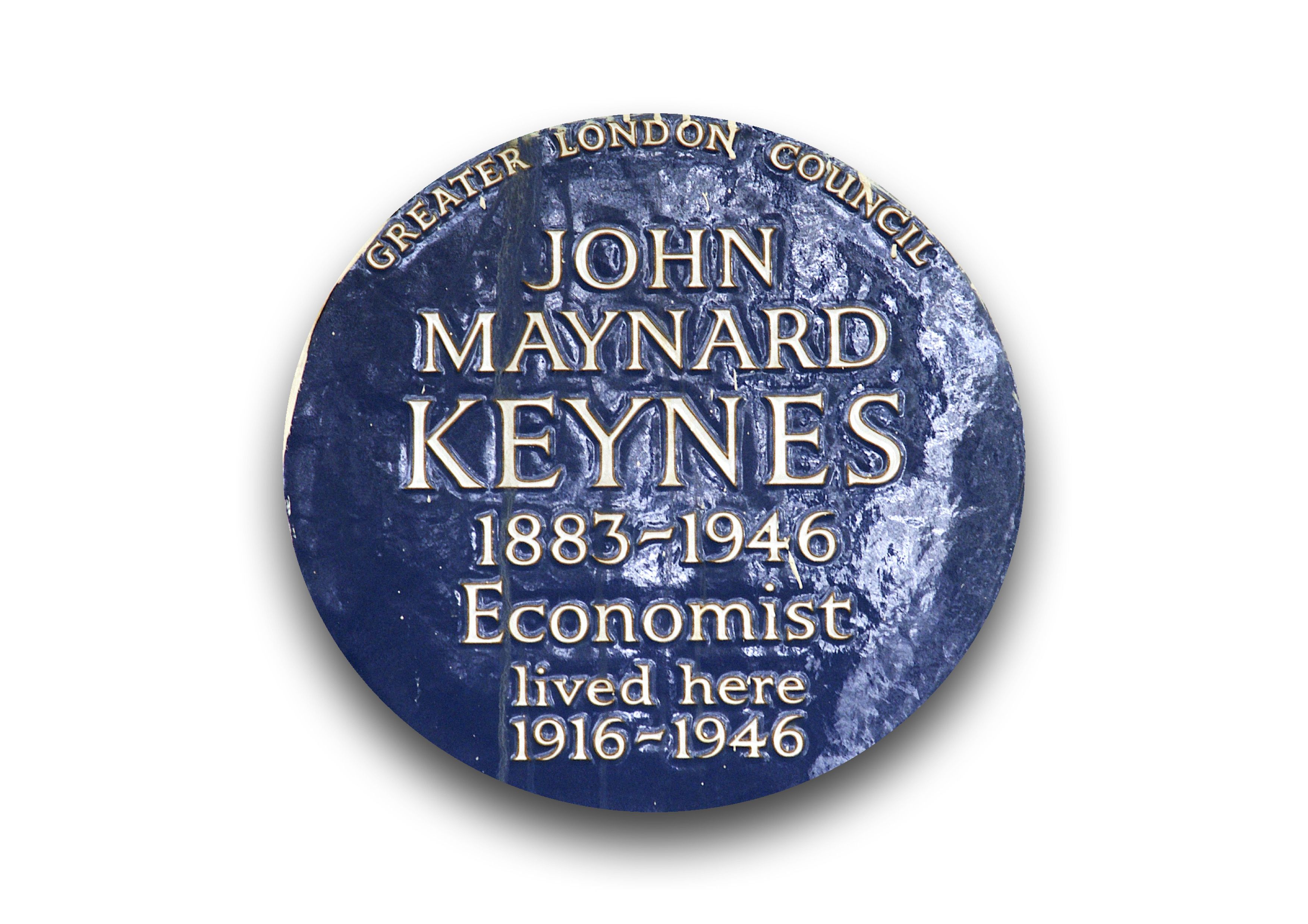 Maynard Keynes was an active Liberal as well as one of the most important liberal writers of the twentieth century. He also became friends with members of the Bloomsbury group of intellectuals and artists. Later in June 1942, he was rewarded for his service with a hereditary peerage in the King's Birthday Honours. It also secured his position as Britain's most influential economist, and with the advent of World War Two, he again worked for the treasury. He sought, without success, to get the British Government to launch a spending program similar to that which President Roosevelt had established in the United States.

J.M. Keynes, the Keynesians and Keynesianism 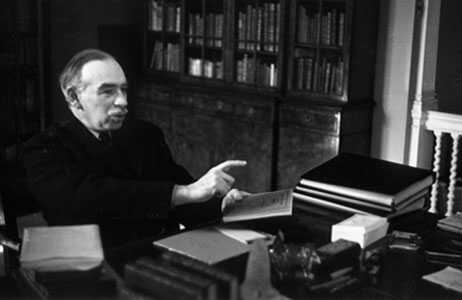 It introduced the notion of aggregate demand as the sum of consumption, investment and government spending. Assim, para Keynes, uma política de recuperação económica só é plenamente eficaz se o défice comercial for eliminado. He must be mathematician, historian, statesman, philosopher—in some degree. Keynes' analysis wasn't perfect but it was taking macro economics in the right direction. Please consider upgrading your browser software or enabling style sheets CSS if you are able to do so. She divorced Signor Barrocki in England seven months before her surprise marriage to Lord Keynes. He wanted central authorities to stimulate, but not necessarily control, methods of production.