Australia is a country with a rich history and a unique national identity. The current Australian flag, which features the Union Jack and the Southern Cross, has been a symbol of this nation for more than a century. There have been calls in recent years to change the flag, with some arguing that it is outdated and does not adequately represent modern Australia. However, I believe that Australia should not change its flag.

One argument in favor of changing the flag is that it still features the Union Jack, which many people see as a symbol of colonialism and oppression. However, the Union Jack has been a part of the Australian flag since Federation in 1901, and it represents the country's historical ties to the United Kingdom. Removing it from the flag would erase a significant part of Australia's history and cultural identity.

Another argument for changing the flag is that it does not adequately represent the diversity of modern Australia. The flag is often seen as being too Anglo-centric and does not adequately represent the Indigenous Australians and other cultural groups that make up the nation. While it is true that the flag could be more inclusive, it is important to recognize that it was designed at a time when Australia was predominantly Anglo-Saxon and that it has since become a more diverse nation. Instead of changing the flag, it would be more appropriate to celebrate and recognize the diversity of cultures that make up Australia.

There are also practical considerations to consider when it comes to changing the flag. The process of changing a national flag is complex and costly, as it would require a vote by the Australian people, as well as the approval of the government. There are also logistical issues to consider, such as the cost of replacing all of the flags that are currently in use. Given the current state of the world, it is important for countries to focus on more pressing issues, rather than spending time and resources on changing a national symbol.

In conclusion, while there are valid arguments for changing the Australian flag, I believe that it is important to maintain the current flag as a symbol of the country's history and cultural identity. Changing the flag would erase a significant part of Australia's history and could be costly and time-consuming, taking resources and attention away from more pressing issues. Instead of changing the flag, it would be more appropriate to celebrate and recognize the diversity of cultures that make up modern Australia.

It's time we change the Australian flag

There are currently no laws that prohibit the wearing of the Australian flag for style or patriotic purposes. Australia's soldiers, sailors and airmen fought to defend their nation and to serve their country in the various wars in which Australia has participated - they did not "fight for the flag" but did fight for what the flag represents. Its a symbol of hope and unity. We weren't even under attack. Young Australians obviously don't see it as a colonial relic lacking contemporary relevance. The competition was won by five entrants who had submitted similar designs, four Australians and a man from New Zealand, who would share the honour of being declared the designers. If the republic had been successful in 1999, then a change of flag was considered to be inevitable.

Essay Example: Should the Australian Flag Be Changed? 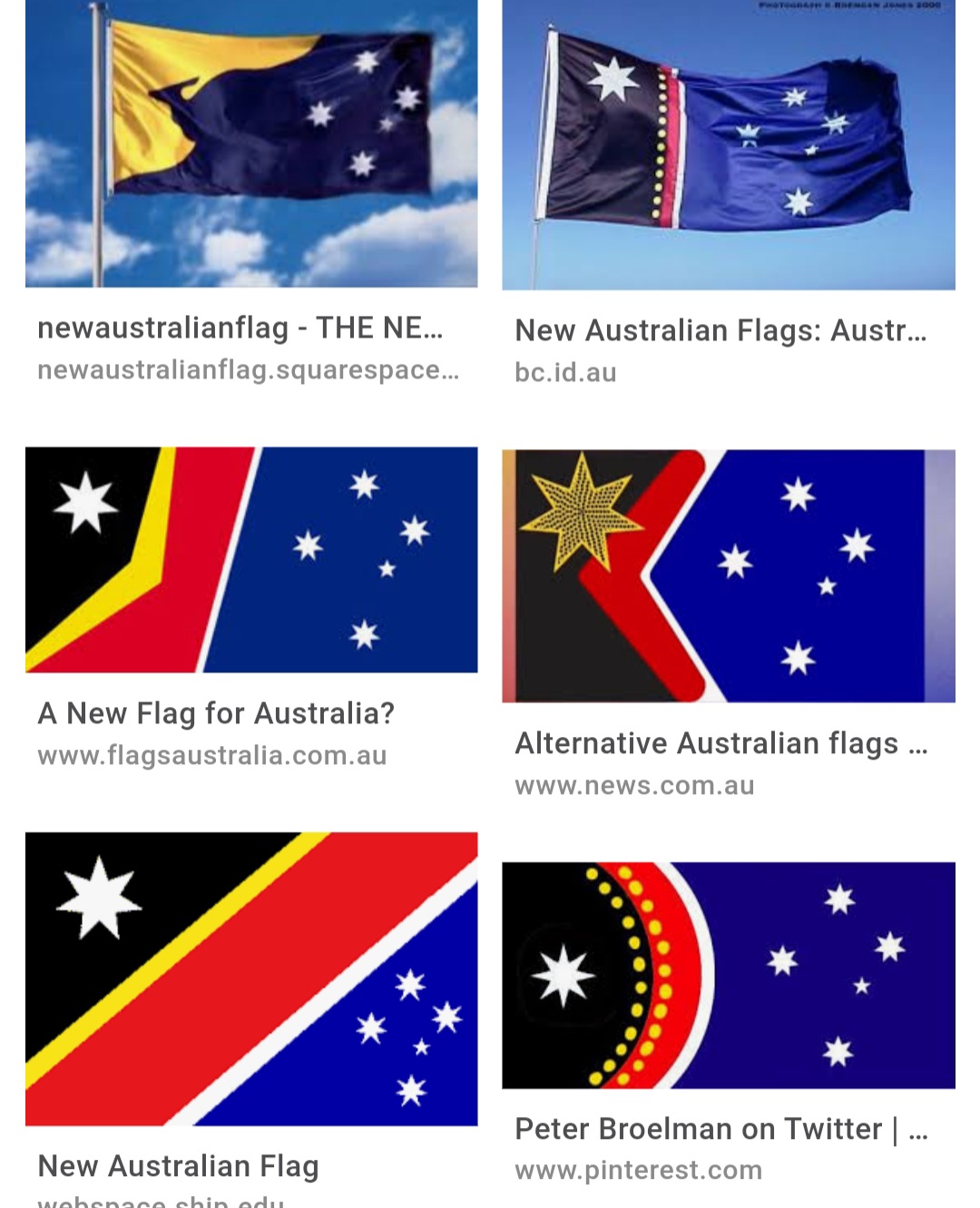 Those that were of non-European descent were forced to assimilate to the European mode or face being ostracized from society. More republican-minded publications and individuals thought the Union Jack was inappropriate, Despite having been flown since 1901, the flag only became official with the Flags Act 1953. Shall we go in the same footsteps as Canada and change our flag? Retrieved 12 August 2008. The Southern Cross references our place in the world andis highly significant in Aboriginal mythology. He attended a Catholic school, De La Salle College, and later studied at Belmore and Sydney Technical Colleges.

More information on many of the more recent flag proposals can also be found on the web sites of their designers. There was a huge response, with entries from nearly 1 per cent of Australia's population — and remember that coming up with a design and submitting it required a lot ofeffort back then. A woman gets on a bus with her baby. It's probably one of the nicest looking flags in the world. What is sought is a new design that can help reinforce national pride with a strong and inspiring design that is clearly and distinctively recognisable as Australian. Retrieved 17 December 2007.

Should Australia Change Its Flag? Why is the Australian flag at half mast today? Retrieved 11 March 2014— via National Library of Australia. Dungog Chronicle Hunter Valley News Muswellbrook Chronicle Port Stephens Examiner The Advertiser - Cessnock The Maitland Mercury The Scone Advocate The Singleton Argus Your digital subscription includes access to content from all our websites in your region. Although this was a major event in the reconciliation process to bringing non indigenous and indigeonous people together it would be naive to think that this eradicated the racism and discrimination all together. People respect the flag because it represents our country and is a link to both our history and future. Set out below is an amalgam of the various arguments put forward as to why Australia should have a new flag. . No accusations of disrespect to ex-servicemen were made when the flags used by the Royal Australian Navy and Royal Australian Air Force during World War II were changed.

The Australian Flag Should Be Changed

Where did Matt Keating grow up in Australia? Its a constant, unchanging symbol that we share in common with our ancesters, and that we should share with generations to come. Discussion should be flag-related 2. Should the Aboriginal flag be the Australian flag? The current Australian Flag does not recognise Australia for what it is — an independent, democratic nation whose colonial past is increasingly overshadowed by its modern prosperity. However being part of the Commonwealth, when Britain went to war, Australia became involved for political and economical reasons. Retrieved 14 October 2022. It is acknowledged that many of the arguments are similar and, if Australia were to become a republic, that change could be symbolised by a change of flag, but it would be equally valid to affirm the limited impact of a constitutional change by leaving the Australian flag unchanged.

Why was the Australian flag changed from red to blue? TikTok user Jack Toohey has proposed five flags to replace the original Australian flag. Lunn-Dyer and Associates 1987 - Ausflag 88 promoted two new flag designs. In which year was the design competition held to find our national flag? March 1934 Commonwealth Government Gazette No. These are my thoughts, even though Im American: Keep it. She was one of the founders of the Ethnic Communities Council of New South Wales and of S.

Flag Society of Australia: Should Australia have a new flag? 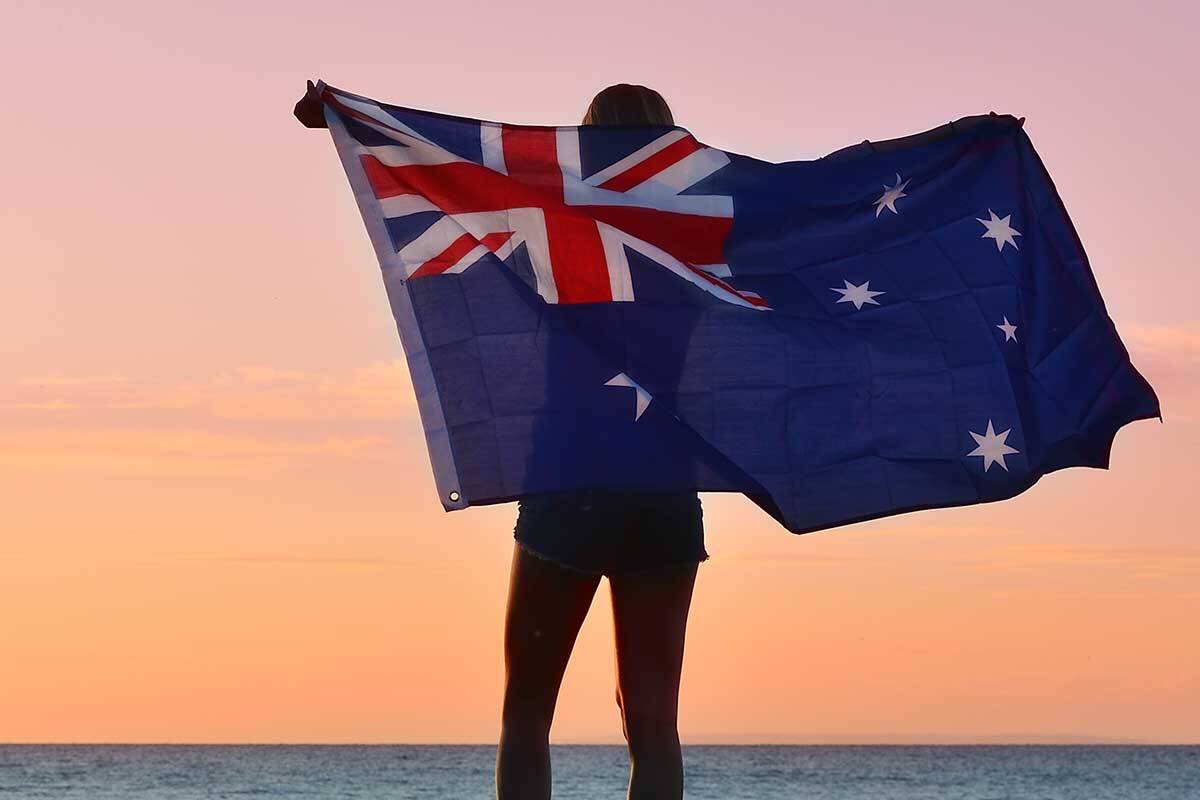 The guidelines of this competition included that the Union Jack and Southern Cross should appear on the flag. I will also show that the present flag is not instantly recognisable and is too similar to flags of other countries. Following World War 2, there was increased pressure from the international community for Australia to change its current migration policy. Is it illegal to wear the Australian flag? If we cannot change our flag to better represent our values and our identity it is difficult to see how we can even begin to address the challenges facing Australia as a whole. There has been much debate about whether the Australian flag should be changed to reference the indigenous culture.

Why change the flag? An outsider seeing the Australian Flag for the first time may think that Australia is not only a colony of the United Kingdom but that a British colony is all Australia ever was and all it ever will be. The Union Jack is dropped, replaced with the Commonwealth Star and an enlarged Southern Cross, against a dark navy background. As a nation, Australia is heading towards Aboriginal reconciliation. Retrieved 22 April 2014. For example Allan Pidgeon argues that Australia should change its flag. George Poulos 1993 - the rising sun of the ANZACs is the primary icon of Australia Brendan Jones 1995 - Reconciliation Flag John Williamson 1995 - True Blue flag James Parbery 1996 - Originally called A flag for us all, relaunched 2008 as the All Australian Flag. I reckon we should change it.