The film "Mona Lisa Smile" is a thought-provoking and emotionally resonant exploration of the role of women in 1950s American society. Set in the esteemed all-female Wellesley College, the film follows the story of Katherine Watson, a young, liberal-minded art history professor who challenges the traditional values and expectations placed on her students.

Through her teachings, Watson encourages her students to question the status quo and strive for more fulfilling lives than the narrowly defined paths of marriage and motherhood that society has laid out for them. This message is particularly poignant given the historical context of the film, as the 1950s marked a time of great social change and upheaval, with the burgeoning feminist and civil rights movements beginning to challenge traditional gender roles and expectations.

One of the most striking aspects of "Mona Lisa Smile" is the way in which it portrays the complex and varied experiences of its female characters. From the rebellious and independent Betty Warren to the ambitious and driven Joan Brandwyn, the film presents a diverse range of women who are each struggling to find their place in a society that often seems determined to limit their potential.

At the heart of the film is the relationship between Katherine Watson and her students, which serves as a microcosm for the larger struggles and triumphs of the feminist movement. Watson's unconventional teaching style and refusal to adhere to the strict expectations placed on her by the school's administration serves as a beacon of hope for her students, inspiring them to think for themselves and to pursue their dreams without fear of judgment or ridicule.

Despite the film's focus on the struggle for women's liberation, it also touches on issues of class and race, as several of Watson's students come from privileged backgrounds and are insulated from the more pressing concerns facing women of color at the time. This serves to remind viewers of the intersectional nature of the feminist movement and the need for all women to stand together in the fight for equality.

In conclusion, "Mona Lisa Smile" is a thought-provoking and emotionally resonant exploration of the role of women in 1950s American society. Through its portrayal of complex and varied female characters and its focus on the struggle for women's liberation, the film serves as a powerful reminder of the ongoing fight for equality and the importance of standing together in the face of adversity. 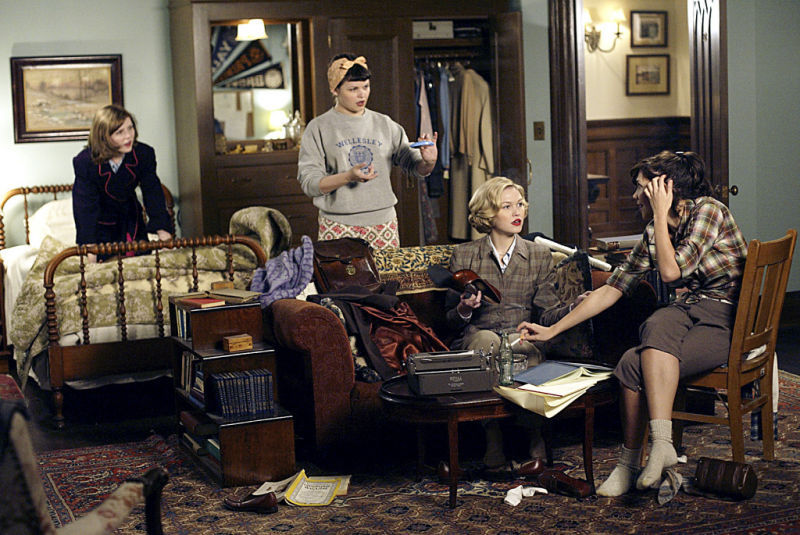 Eventually, she decides to divorce her husband and move to Yale university to start a law degree. Every now and then you would see a black girl but never again. The Golden Ratio is definitely something that is applicable to this creation and I believe that it is one of the reasons that the art piece is so captivating. For the teacher, it was better to continue studies and venture into careers that they prefer. The teacher realized that she had to use different methods to teach the students. The film 'Mona Lisa Smile ' is a movies based on women in 1950 's. 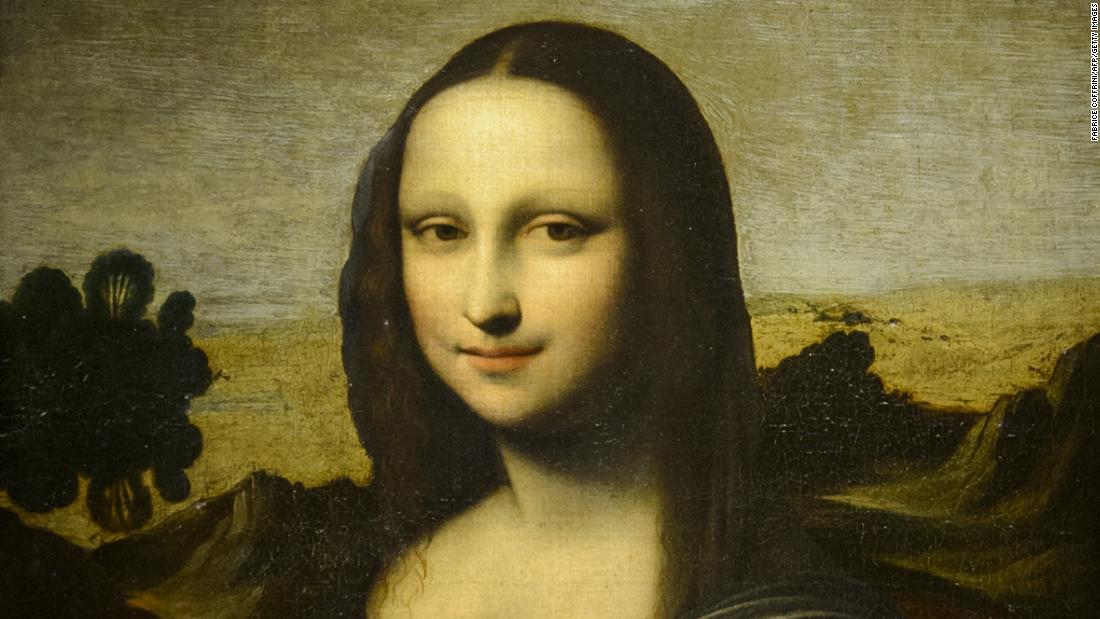 As society within the isolated environment the protagonist dwells within, there is several examples of such brutality and lack of concern for women, although some may say they are regarded as equals. She turns away from the traditions she was raised with and focuses on her own independence. She does not understand why Katherine is not married and insists a universal standard exists for good art. In my opinion, by doing this series she challenges the way we view women regularly in pictures, by giving a different perspective. That is the reason, understanding their hid focuses can help us with changing our overall population invaluable. However, she changed her mind and decided to get married to her fiancée, Tom Donegal. Join us and Pin this article to read later! The objectives of this study are to find out the FINDINGS This sub-chapter explained the findings and discussion of gender equality issues …show more content… Therefore, this section presents the findings of gender equality issues showcased in the movie.

Katherine applies for a job to teach art history at a school called Wellesley and is called for an interview. Joan threatened the teacher since she knew her mother was on the board and she would not be expelled. There are other values rather than physical appearance in people which are discarded when the standards from the ideologies that helped to shape gender are promoted. Katherine comes to know them, seeking to inspire them to achieve more than marriage. The political points of tutoring incorporate planning understudies to take an interest in political requests and showing them the essential laws of the public. The 1950s was a period where the conservative ideas about society, in general, had taken root. 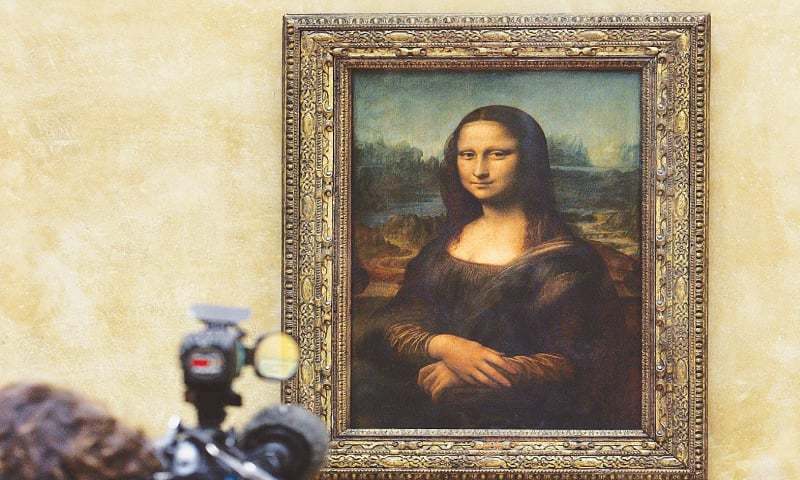 . Katherine decides to instill into her students her own beliefs of what is important in learning. Julia Roberts, Maggie Gyllenhaal, Julia Stiles, Kirsten Dunst, Dominic West, Juliet Stevenson and Ginnifer Goodwin all share the screen along with many other familiar faces. He made it known that mistakes were nothing to be ashamed of and that was how students grew as a person. The way women are seen, trained and induced in Mona Lisa Smile mirrors various considerations which functionalist speculation supports while battle theory confines. 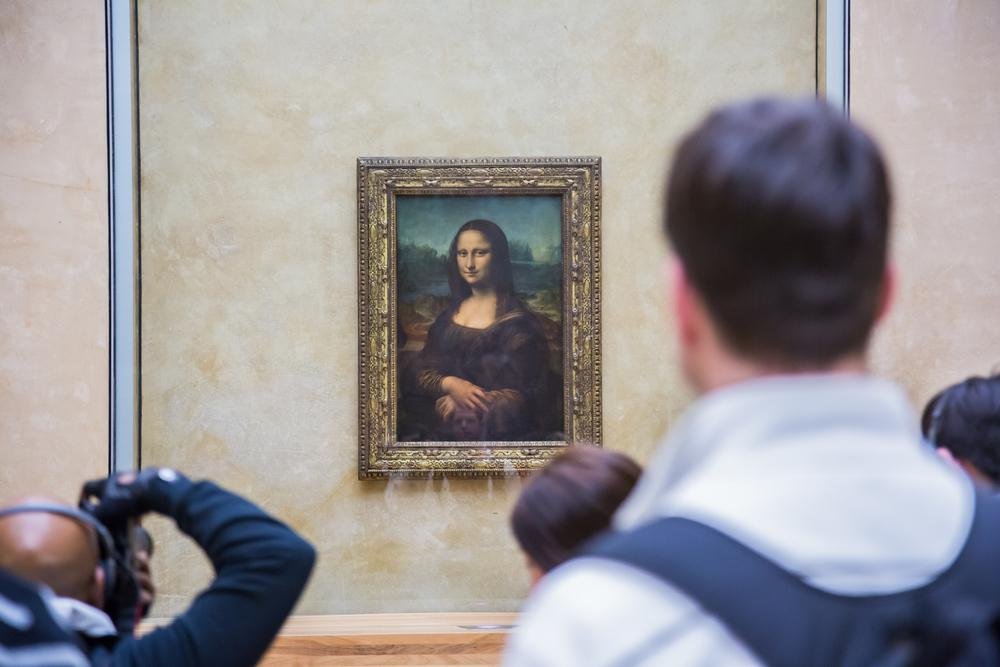 Mona Lisa Smile can be quite moving at times. The person they wanted took a job at Brown, And no one else was available. The position of women had greatly been diminished to that of a submissive person that has no free will Fatmawati. This series consists of the artist posing as those female roles in seventy black and white photographs. You will likely leave this film with a big smile and perhaps even a few tears. The second part is based on issues that we are seeing in the movie with relation to understanding the topic of gender. In this way much the same as in the film Katherine impacts her understudies to examine their parts, we ought to investigate our set up informative and social structures. Miss Watson is typically the only woman in the scene wearing pants and wearing minimal make-up and simple hair styles, emphasizing her distinctive character and modernist values. As seen in the following clip Betty and Joan, both pupils at Wellesley, demonstrate their excitement when shown the new washing machine, reinforcing the idealistic domesticity of a woman in the 1950s. Highly opinionated Elizabeth "Betty" Warren is outspokenly conservative. 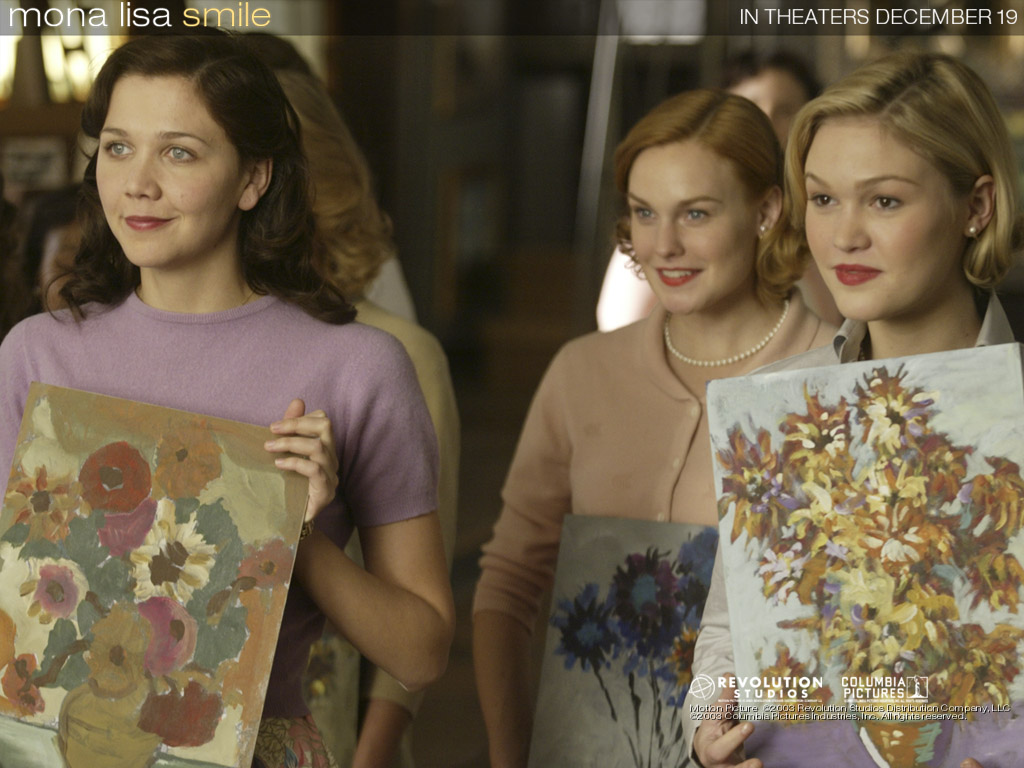 Little Giants Gender Stereotypes 815 Words 4 Pages I remembered my cousin after she watched the movie, she changes her mind. In the movie there are nine kids that are focused on and what there disability is. He demonstrates his support in numerous ways, one being that he expresses that he wants her to feel free as well as by hiring a girl to help around the…. Women can be drawn to the movie as well if they can relate to what is happening in the story. Orders: 24 The amount of original essays that we did for our clients Rating: 4. Katherine lands her dream job as an art professor at Wellesley, teaching some of the smartest women in the country. 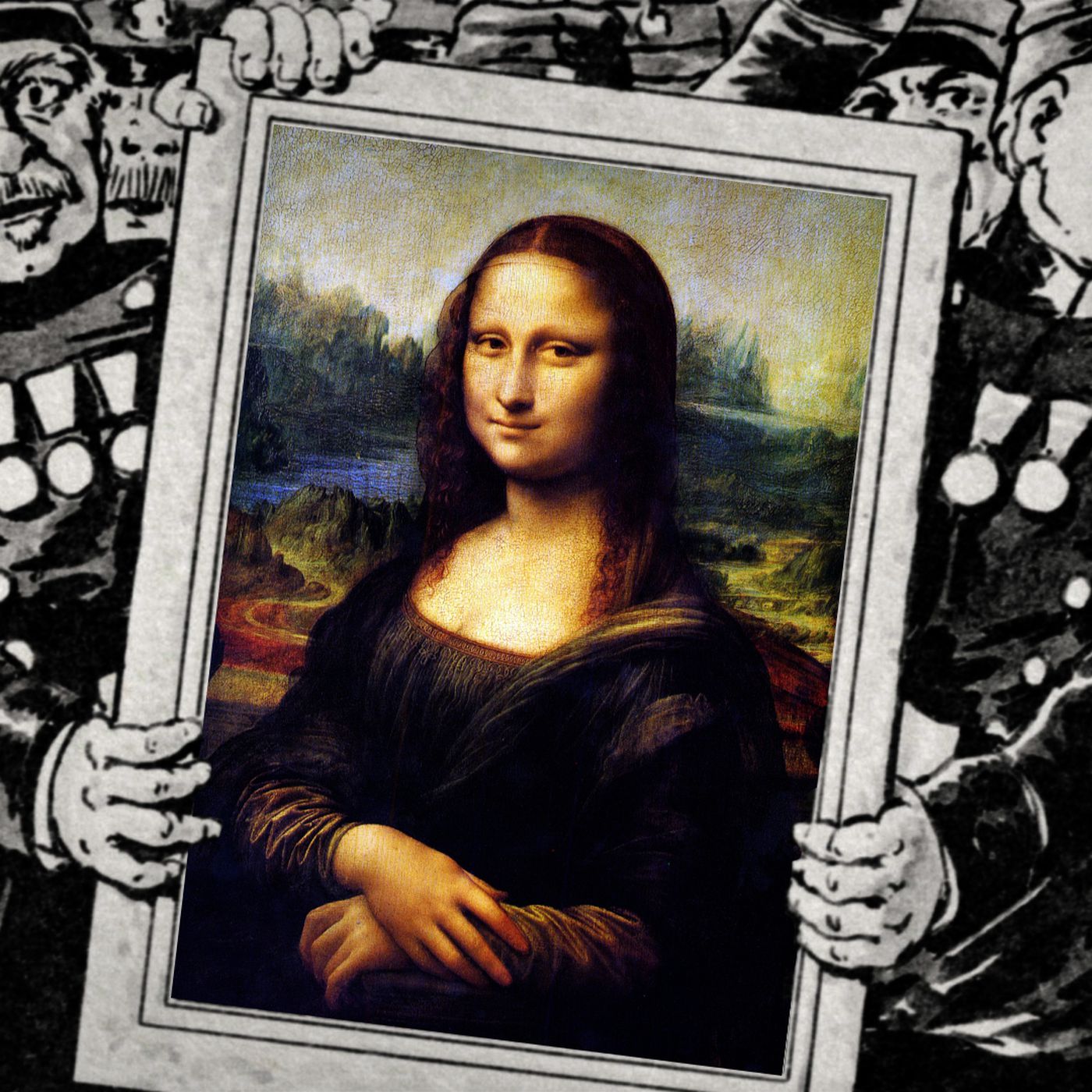 In the trailer it shows several doves flying and in the background there is soft music playing. So, Gabby what can you infer about the time period in which the film is set and how does this impact the roles of women? Finally, she can win to have her understudies, including Betty, look past traditions and social models. Katherine wanted more than anything for these young girls to defy the status quo and do what makes them happy and not what society, and their husbands, wanted them to do. I highly recommend this movie, especially for feminist. The address was to welcome the students to the school and tell them what the school expects of them. We can see this idea in the passage provided and many other parts of the play… Film Evaluation - Eternal Sunshine of the Spotless Mind The most important criteria for judging this film is the great casting. 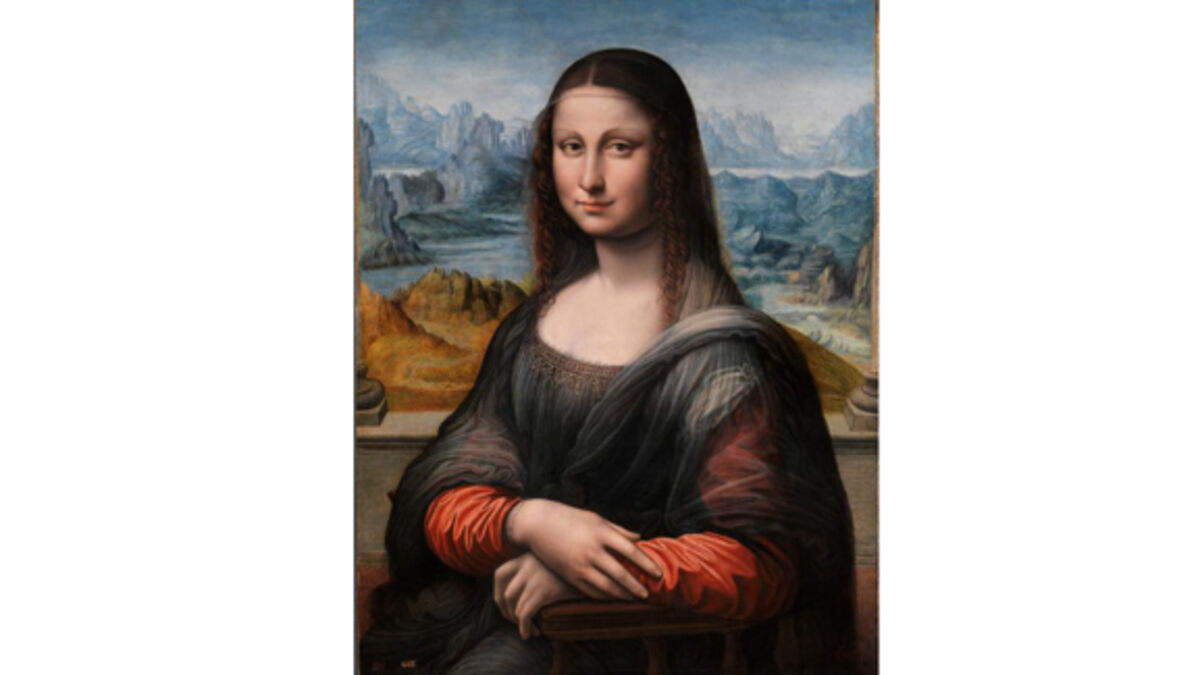 Another important character is Joan Brandwyn. Bored off my mind one night, I decided to pop the DVD in and have a look with my cousin. Soul Plane Essay 1704 Words 7 Pages Furthermore, director Jessy Terrero takes the audience on different aspects of black culture, mainly through a heavily stereotypical viewpoint. Other editorials attack Katherine for advocating that women seek a career instead of being wives and mothers. Well, when Kathrine Watson, a liberal and unmarried professor is introduced she is instantly mocked and isolated by the pupils due to the social pressure created as she refuses to conform to society. 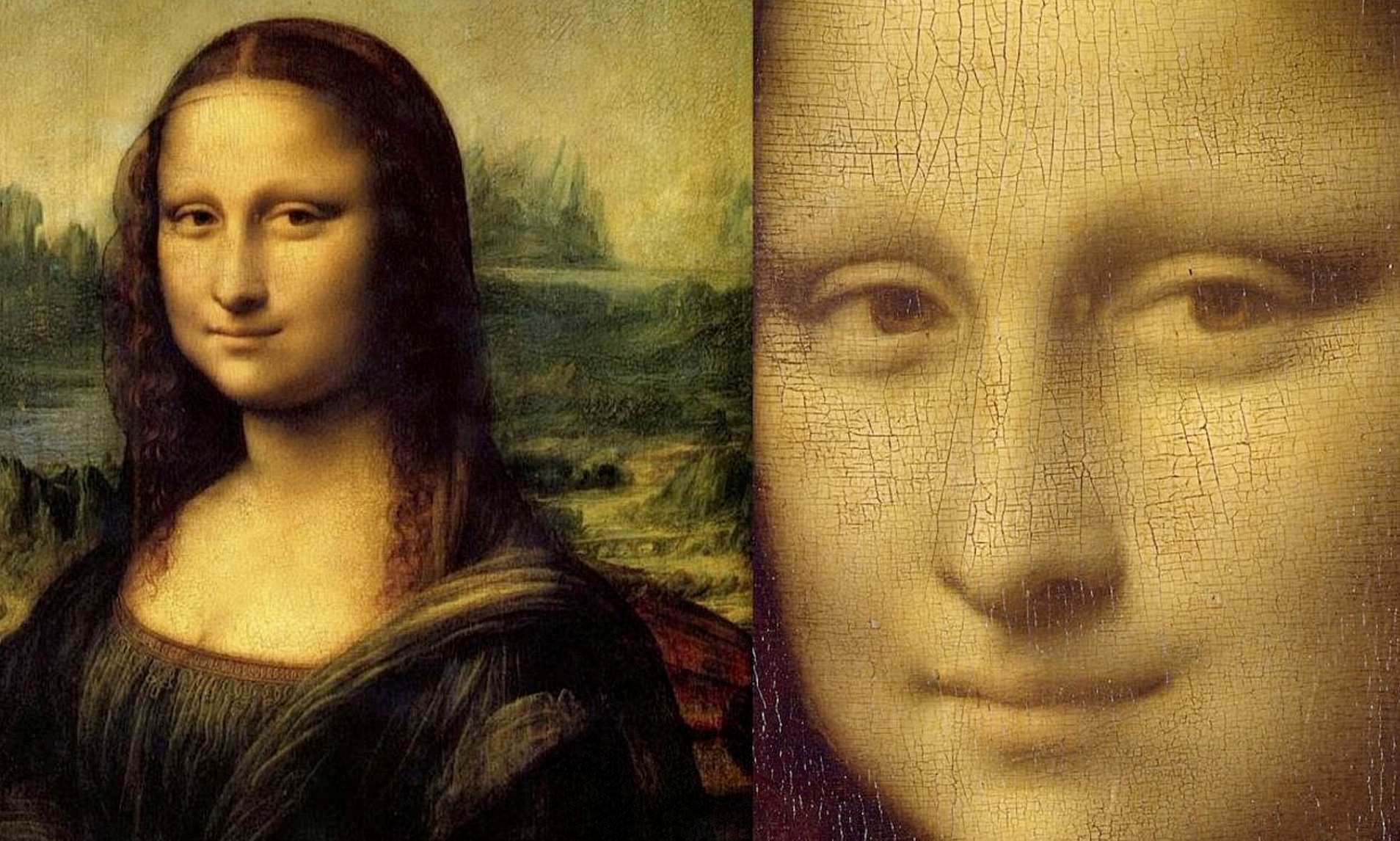 Retrieved September 13, 2016. In contrast, Elizabeth Warren also known as Betty, originally is introduced as a conservative character who conforms to and is limited to expectations. Robert is a wealthy businessman and a good man with a good reputation. Giselle earns Betty's enmity, who is very conservative. The film tells the lives of American women who are no longer required to interfere in male work as …show more content… One day, in her lesson she shows some example of the advertisements. She knows what people expect her to do, but although she thinks about other perspectives. This is a rather interesting piece on the fame of the Mona Lisa.